By Tom Duggan on April 26, 2015Comments Off on Family and Friends of Murdered Child in 1985 Trying to Raise Money for Headstone

The friends and family of a child murdered in 1985 are desperately trying to raise money for her headstone 30 years later. 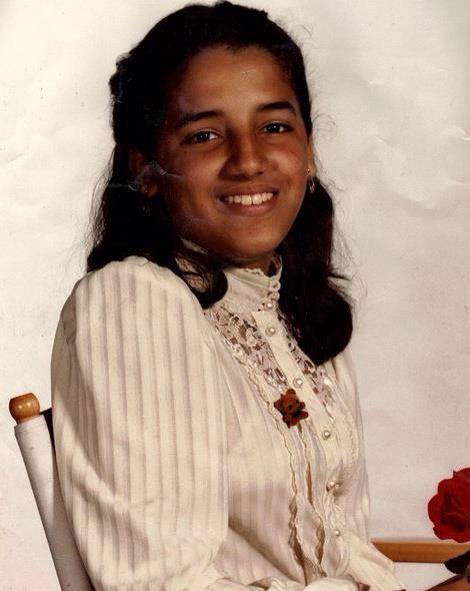 In 1985 a middle school student at the Kane Jr. High School in Lawrence was brutally stabbed to death by her step father after she came forward to school officials to reveal she was being abused at home.

Now, 30 years later the family of Michelle Pimentel are still not only grieving their loss, but heartbroken that they have never been able to raise the money to put a gravestone on her grave in Lawrence’s Bellevue cemetery.

Calling into the Paying Attention radio program on 980WCAP, Michelle’s sister, Christy Rivera says that she started a Go Fund Me page to raise the money for a gravestone that will cost about $2,000.

“People who go there to her grave looking for her need to know where she is. Everyone deserves that,” Rivera said. She says it breaks her heart that many of her sister’s friends are afraid to ask where she is buried.

“She needs a gravestone so people can go and find her,” Michelles childhood friend Lisa Henshall said.  “She deserves a stone. Unfortunately, Christy’s family was not able to afford a gravestone, even at her burial people kicked in to help pay for Michelle to be buried. So here we are today, 30 years later and she still has no gravestone.”

The murder of Michelle Pimentel

“After he murdered my sister he came home that night, he had told my mother had gotten into a bar fight because he had about a six-inch knife wound in his hip, so we took care of him because he was leaving the next day to go to New York to go live with his son.”

But Christy said it wasn’t long before they learned what had really happened. 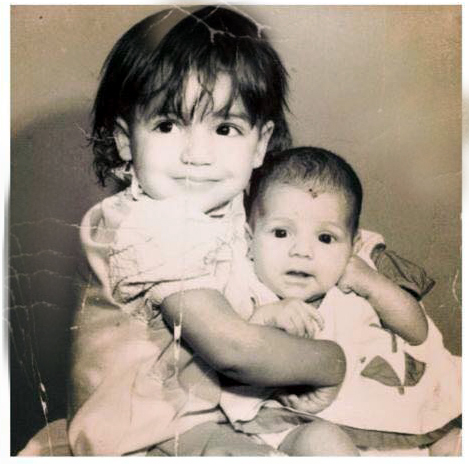 “My mother’s husband murdered my sister. It was a pretty brutal murder. He had fallen in love with her. I was living in Santo Domino, Dominican Republic at the time. I had just gotten home and I had only been back here for five days. She came over, and let me know she wasn’t living [at home] at the time. She said she was living on Tremont Street, and that she would talk to me tomorrow … tomorrow never came.”

“He chased her around the house and stabbed her it was pretty brutal.”

“When we were in school in the 8th grade,” Henshall says, “ we were in gym class and Michelle approached me and said that some things were going on at home, and her sister Christy was coming back into the picture and she was worried for her safety. So, I convinced her to go to the school and tell them what was happening at home.”

“The school, of course, called the proper authorities and Michelle was taken from the home at her mother’s to go live with a friend of the family.”

“Shortly after that, we got the call and the whole school found out that Michelle had been murdered.  He had gone to the home where she was staying and laid in wait for her. She was supposed to have a friend stay with her that weekend, she wasn’t supposed to be alone. He went there and forced his way into the house and killed her.”

The murderer was arrested by Lawrence Police but escaped shortly after. Not long after he was recaptured he attempted suicide, lived in a coma for a few days and eventually died from his injuries. “He took the cowards way out,” Rivera said.

Henshall says that the family couldn’t afford the burial or a gravestone. “So, what we did was, we went to class and asked the woodworking teacher after the funeral arrangements were made … the woodworking teacher helped us make a cross for her grave and it’s still there today after 30 years, which is absolutely amazing.  I was dumbfounded that Michelle didn’t have a proper stone. It’s very hard to find the grave because the cross is so small. Christy, Michelle’s sister is the mother of five children and she has tried to collect the money throughout the years to do this for her sister, and has not ever been able to do it. Something always comes up.”

Michelle’s sister started a go fund me page about 8 months ago, but nobody saw it, so her friend Lisa reached out to the Valley Patriot for help.

“We wanted to get the word out there so people from our class would see it [the Go Fund Me page], we need to get a stone for Michelle. What’s a few dollars from all of us [from our class] to get a gravestone,” she asked.

The Valley Patriot reached out to Mike and Candy Colizzi of Colizzi Memorials in Methuen who said they would be happy to work with the family to help defray some of the cost. Superintendent of Schools Jeff Riley told The Valley Patriot that since Michelle Pimentel was a student at the Lawrence Schools at the time, that he would be happy to help them raise money for a stone.

As the result of Pimentel’s sister Christy and her friend Lisa appearing on the radio local attorney Johnny Tarshi of the Tarshi Law Office on Essex St .in Lawrence pledged $500 to start the fund off towards their goal of raising the $2,000 needed for a grave stone.

Anyone interested in donating money for the gravestone of Michelle Pimentel can either donate on the GOFUNDME page here, or can make a check out to COLIZZI MEMORIALS and mail it to

Family and Friends of Murdered Child in 1985 Trying to Raise Money for Headstone added by Tom Duggan on April 26, 2015
View all posts by Tom Duggan →