By Tom Duggan on October 3, 2017Comments Off on Fats Domino ~ IN THE GROOVE with Cindy Annis

Let’s take a good look at an inspiring man and Rock & Roller. Fats Domino was born down in New Orleans on February 26, 1928. His mom was Marie-Donatille Gros, and his dad was Antoine Caliste Domino. He was a popular violinist from Vacherie, Louisiana. His grandmother helped to deliver him at home like a mid-wife. That was the way things were done back then. He was the youngest of eight. His name was put on the birth certificate wrong, as Anthony. That was fixed up later.

Born into a musical family, it was no surprise that Fats would start learning music at a very young age. The family acquired an old upright piano when Antoine was about seven years old. His brother-in-law, Harrison Verret, taught him how to play and by the time he was ten, he was already drawing small crowds with his piano and singing. In 1947, the New Orleans bandleader, Billy Diamond, went by invitation, to hear Antoine play a backyard barbeque.

Billy Diamond liked the looks and the sounds coming from Antoine. Fats was asked to join Diamond’s band, “The Solid Senders” and they played regularly at the Hideaway Club. Diamond nicknamed the kid “Fats” because he reminded him of Fats Waller and Fats Pichon. The nickname stuck for the rest of his life.

Also in 1947, Fats married his lifetime girlfriend Rosemary Hall. They were married for just about 60 years and they had eight children, together. Rosemary died in 2008.

In 1949, Fats sign with producer, Dave Bartholomew, of Imperial Records. Dave would also become a co-writer with Fats for many of his songs. ‘The Fat Man” was his first record. He got national fame with this song, and it would go on to sell over a million copies by 1953. This was the first Rock & Roll song to do that. And it reached #2 on the Rhythm and Blues Charts.

In 1955, “Ain’t It A Shame” came out of Imperial Records and it climbed the charts on the pop music circuit. The title would later be changed to “Ain’t That A Shame.” It was picked up by Pat Boone who did a slower softer version of it. He reached #1 on the charts where Fats reached #10. It is said that Pat reached #1 because he got more air time play than Fats because he was white. Radio and stage were still very racially segregated in the 1950s. This was also the very first song that John Lennon learned to play on the guitar.

In November of 1955, Imperial Records released Fats’ first album. It was called Carry On Rockin’, and it had many of Fats’ unreleased songs. The album didn’t fair to well, but they released it again in 1956 and called it, “Rock & Rollin’ With Fats Domino”. Changing the name sent the album up the charts to #17 on The Billboard Pop Album Charts.

Fats Domino had a kicking band and these guys stayed close to Fats as did his band leader, Fred Kemp. To get that rich sound of saxophones he had Herb Hardesty, and Alvin Tyler, Reggie Houston and Lee Allen. Frank Fields was on bass, and Earl Palmer, and Smokey Johnson played drums. This was Fats’ musical family.

In 1956, Fats had his biggest hit of his career. He did a cover of Glenn Miller’s “Blueberry Hill.” The song reached #2 on the pop charts He was known all over the world by kids loving the songs on the radio, and other hit makers like Little Richard, Chuck Berry, and Buddy Holly, but because of the lack of racial equality, Fats and his band would sometimes have to drive up to two or three hours out of the way to find lodging for black-Americans. He did however, make sure everybody knew him when he appeared in a couple of movies.

Shake Rattle and Roll, and The Girl Can’t Help It were two films Fats enjoyed doing, very much.

The hits came coming for Fats Domino, like in 1959 there was “Whole Lotta Loving,” “I’m Ready,” and “I Want To Walk You Home.” Fats said he would take every day events and just write them down. He would listen to people talk. Just walking down, the street and something would catch his ear and he would “write it down, or remember it good.” He thought his success was all about the beat of the music.

I have to sum this up even though there is so much more to put down here. However, Fats Domino had a remarkable career that started at a very early age. He had 5 records to go Gold in 1955, and to his list he had 35 records go Top 40 on the Billboards Pop Charts. The “beat”, as he put it, was all about rhythm and blues and the inclusion of heavy saxophone and piano.

In the 1980s Fats said he just wasn’t going to leave New Orleans anymore. He said he couldn’t get a decent meal anywhere else. When he was told he was going into the Rock and Roll Hall Of Fame, he wouldn’t leave. Even when he was invited to play the White House, he wouldn’t budge. In 1987, he got the Grammy Lifetime Achievement Award; President Clinton gave him the National Medal Of Arts in 1998. And in 2004, he was listed number 25 out of 100 Greatest Artists of All Time by Rolling Stone Magazine.

That is all the space I have for Fats Antoine Domino. 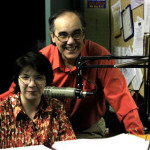