Residents May Not Have Gas Service Restored Until
Mid-December, Over 3 Months After Explosions

Text of the Letter (PDF) 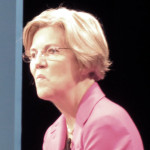 Washington, DC – United States Senators Elizabeth Warren (D-Mass.) and Edward J. Markey (D-Mass.) today sent a letter to Columbia Gas seeking clarification from the company after it announced that the timeline for gas restoration for Merrimack Valley residents affected by the September gas fires and explosions could be delayed significantly.

On September 13, natural gas explosions started as many as 70 fires in Lawrence, Andover, and North Andover, Massachusetts, damaging or destroying dozens of homes, and leaving thousands of residents and businesses without gas service.  Several weeks after the explosions, Columbia Gas announced that it expected to have gas service restored to all homes and workplaces by November 19, 2018. However, the company recently delayed the date of gas restoration for some affected residents to be as late as December 16, 2018, more than three months after the disaster.

In their letter, the senators expressed concern with the significantly delayed restoration timeline, and noted that average daily low temperatures in Lawrence historically drop almost ten degrees between November 19 and December 16.

“Temperatures are dropping, and this failure to meet your deadline means thousands of Merrimack Valley families and seniors will remain displaced and in jeopardy of freezing cold weather,”

The senators also raised concerns about Columbia Gas’ most recent daily briefing, which revealed that as of November 1, 2018, only 18 percent of the more than 7,000 affected residences were ready to have natural gas services restored, and noted that the company has consistently failed to meet its weekly restoration goals.  More than 7,000 Merrimack Valley residents are already living out of temporary housing as they wait for their homes to be repaired and service to be restored, and that number has been increasing with each passing week.

“We are deeply concerned about the effect that this delayed restoration process and updated timeline will have on Merrimack Valley residents and businesses…,”

In a series of questions, the senators asked Columbia Gas to provide additional information about how many displaced residents can expect to remain in alternate housing after the initial November 19 deadline, what specifically caused the company to delay its timeline, and for detailed public communication on reimbursements and winterization plans.

The senators, who requested answers to their questions by November 16, 2018, also asked Columbia Gas to respond to a letter they sent earlier this month regarding uninhabitable homes.