By Tom Duggan on June 29, 2015Comments Off on Fired Lawrence Counselor Says She Wants to be Made Whole 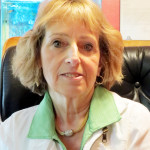 A fired guidance counselor in the Lawrence Public Schools, Brenda Sudol-Kirwin, won an arbitration hearing against the schools in August of 2013, for sick leave for injuries she incurred while working in the schools.

But Kirwin says the issue is not over and wanted to go public about the abuse she endured by the Lawrence Public Schools.

Kirwin says that the bullying took place from May to November of 2009, and she is still trying to be made whole from the incidents that caused her to lose her job as she is still suffering from PTSD as the result of her bullying.
Initially, Kirwin filed a grievance with the Lawrence Teachers’ Union. Then, she claims, that Lawrence Schools denied her sick leave for her injuries according to her teachers’ contract. This took place before sending her to a doctor for evaluation.

At the time the Lawrence School Department did not have workers’ compensation and were handling all claims internally.

Kirwin says they finally sent her to a doctor, Psychiatrist Dr. Kelley. Kirwin’s injury was not just physical, she says, but more emotional and psychological.

“I had, and still have panic attacks, anxiety, depression, sleep disorders and psychological issues dealing with everyday living. That’s not just me saying that, but the psychiatrists I have seen since this all happened. It was all due to the harassment and bullying I endured at the hands of my principal. I was trying to protect parents’ rights and students rights to confidentiality.”

Kirwin says that the confidential information Dooly wanted her to release included students’ names and other information and that Assistant Superintendent Mary Lou Bergeron(who was the acting superintendent at the time) had informed us that that information never be put on the computer to outside agencies.

Bergeron said at the time that the schools had blanket releases from the parents “and that just isn’t true”, Kirwin said. “I know, because I was on the committee that formed the releases for the counseling department and those had to be forwarded to the legal department.”

Arbitration documents obtained by The Valley Patriot show that the arbitrator agreed Kirwin was bullied by her principal at the Oliver School.

Kirwin also currently has an accidental disability case with the teachers’ retirement board, which was denied but an appeal is pending.

“I am convinced that Dooley’s abusive and inappropriate conduct caused the grievant [Kirwin] stress and injury” Arbitrator Tammy Brynie said in her ruling.

“Notably, Dr. Kelly opined that if the Grievant’s claim about hostile and abusive treatment were accurate, her symptoms would be appropriate and understandable.” “Further, significant aspects of the Grievant’s account about her treatment at the Oliver School, and her examples of Dooley’s conduct and behavior were corroborated by requested witnesses.”

Kirwin’s claim is that because of her psychological injuries at the hands of principal Donna Beth Dooley she cannot work anymore.

Other Lawrence Public School employees testified that the Oliver School, at the time, was a hostile work environment and confirmed that Kirwin was harassed and bullied by her principal.

“Tracey was very courageous as were all the employees who testified to the abuse that we all endured at the hands of Donna Beth Dooley. I say courageous, because they were being bullied and harassed as well.”

“As a side note, not one Lawrence Public School employee testified on behalf of Principal Donna Beth Dooley.”
“After testifying in my case some of these employees were retaliated against because of their testimony”

Kirwin says that this is, and has been, a pattern in the LPS and that bullying is still prevalent in the schools with no transparency.

“The schools are spending an awful lot of money, time, and resources on legal bills and psychiatrists for this kind of sanctioned behavior in the schools. They haven’t made any changes at all.”

“They are sending employees to psychiatrists because of bullying and PTSD. If they just took care of the problem this could all be avoided but they don’t want to admit that there is a problem with bullying of teachers and staff. So, as long as they refuse to deal with the problem this is going to continue. That is why I am coming forward now. It’s not just about me,” Kirwin continued. “This is about a safe work environment for the employees of the LPS, and a safe educational environment for the students.”

“Given the preaching and pandering we hear from school officials about student bullying in the schools, I find it bizarre that it’s the school administrators and a principal who were themselves the bullies in this case, and so many others. How is any school system supposed to protect the children from bullying when they willingly choose to ignore bullying of staff, and then refuse to do anything about it after the fact?”

“I want people to know about what is going on in the LPS and they seem to be more interested in covering it up. From an insider’s perspective, what really goes on in the school department is always concealed from the public. They didn’t want me going public and for a long time I didn’t, because I wanted to resolve the problem without making the schools look bad or give them bad publicity because there are a lot of good people there who are trying to make things right and care for the students. At this point, however, I think the best thing that can happen is to shine the light of day on what is happening and hopefully, the publicity will make them respond by rooting out the problem not trying to put a Band-Aid hoping it all goes away.”

“They need to stop blaming the victims, we tell that to the children when we are teaching about bullying in the schools, yet the schools themselves are employing exactly that tactic.”

With the new Receiver/Superintendent on board I really thought that things were going to improve and that he would understand my situation given that he has a background in school adjustment counseling which would include confidentiality issues. Mary Lou Bergeron as well.”

“They wanted me to come back to work after all this,” Kirwin says. “At one point I did go back to work and was bullied again. I tried. But, after all this, how do I go back and work in a school system that doesn’t accept responsibility for the way teachers and staff are routinely bullied. I realize now, that it would have been emotional suicide to go back to an unsafe system. I had to choose between my job and my life. Even though I always loved my job and always wanted to continue in my job, there was just no way I could go back to that environment. This has been documented by numerous psychological professionals since this happened.”

Kirwin says that the schools have still not paid her owed sick time and longevity. “They made a settlement agreement that I was never a part of and made a decision without my say so as one of the parties. That’s why I went to arbitration. They have still not fulfilled their obligation even though they certainly think so.”

“What I want most now, and the reason I want my story to be public is because I want employees of the school system to know that they need to come forward and not be afraid. There needs to be transparency on this kind of behavior and these employees should not have to live in fear of losing their jobs and their livelihoods.”