By Tom Duggan on May 17, 2014Comments Off on Firefighters’ Union Calls Out Mayor for Shutting Down Fire Stations 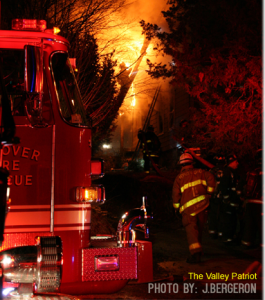 LAWRENCE – In response to Mayor Rivera’s recent statement in the Eagle Tribune on Sunday April 26, 2014, the Lawrence Firefighters’ Union Local 146 would like to add the following information.

A budgetary miscalculation done last year is the reason why our budget is coming up short. To say that it is the fault of the union members “unforeseen retirements and contract language” is a complete misrepresentation of the problem.

Our budget is NOT completely strapped. There IS money in there we feel will get us closer to the end of the fiscal year. The mayor feels otherwise.

HIS decision to “Brown out” pieces of apparatus whenever our minimum number of employees is below 24, while it saves money in hiring overtime, it also shuts down a front line piece of what is already a department running shorthanded.

It’s unimaginable that a city with a conservative population of 76,000 people is only protected with 3 engines or 1 ladder at times.

When the mayor mentions the statement that if everybody “shows up to work we should have no issues at all” it is also misleading.

If the fire department wasn’t running short-staffed to begin with, this might be the case.

Our members have the same typical hardships that arise with any average family. Kids get sick, family members get sick and employees get sick or injured.

It is an irresponsible statement to place the blame for one member not “showing up for work” being the reason for a piece of apparatus having to be shut down for the shift.

We, as a union will continue to “show up to work” and do our very best to provide a level of safety the citizens of Lawrence have become accustomed to.

Anybody who has seen the news from this past winter knows that we are a busy department. It is not easy to do our jobs with less people.

We urge the mayor and his staff to find alternative ways out of a situation not created by members of this union.

Firefighters’ Union Calls Out Mayor for Shutting Down Fire Stations added by Tom Duggan on May 17, 2014
View all posts by Tom Duggan →