By Tom Duggan on September 20, 2013Comments Off on Follow The Money Taxes, Taxes and More Taxes 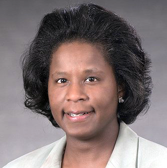 “If it moves, tax it; if it keeps moving, regulate it; if it stops moving, subsidize it.” – Ronald Reagan

On Beacon Hill, motor vehicles, cigarettes and technology are prime movers, judging by the latest round of tax increases including: a 14% gas tax hike from $0.21/gallon to $0.24/gallon; a 40% cigarette tax slam from $2.51/pack to $3.51/pack and a newly-imposed 6.25% tax on Computer and Software Services.

The legislature’s latest revenue grab is breathtaking in magnitude and recklessness. Let’s begin by examining the Legislature’s 6.25% “War on Technology”, which comprised nearly 20% of the 2011 Massachusetts economy according to a February 2013 report by JP Morgan Chase[Regional Perspectives. Massachusetts Economic Outlook. February 2013]. The same report goes on to observe:

“Massachusetts’ recovery has been proceeding relatively well, likely supported by revival in the technology sector.” [Page 2]

The Bay State now joins Hawaii, South Dakota and New Mexico as the only states in the country to impose taxes on their Technology sectors, according to a recent Tax Foundation blog post, which goes on to say:

While a well-designed sales tax taxes services as well as goods, Massachusetts’s change is not well-designed.

Underscoring this assertion is the fact that at least two Pols who originally voted FOR the tax have now come out in favor of its repeal. Senator Karen Spilka (D-Ashland) and Senator Richard Moore (D-Uxbridge) have both joined the swelling chorus favoring repeal. Another element of the recklessness has been “delayed” by the Department of Revenue’s decision to implement the tax effective July 31, 2013 instead of the legislation’s July 1, 2013 retroactive date.

The roster of Merrimack Valley elected officials who voted AGAINST the Tech Tax is painfully short and includes:

Adding insult to injury is the imposition of yet another tax on gasoline, which was ostensibly imposed to help fund the state’s transportation needs, and will touch nearly every household in the Commonwealth, regardless of whether or not said households actually purchase gasoline. For reference, the American Petroleum Institute’s July 2013 national averages for state gasoline and diesel fuel taxes are 9.2% and 10.9% respectively while Massachusetts weighs in at 23.9% for both categories.

While Beacon Hill bean counters estimate the $1.00 increase in cigarette taxes will generate $144 Million in additional revenue, a more conservative estimate by a coalition of anti-smoking groups suggests a a more modest sum of $76 Million [Tobacco Taxes: A Win-Win-Win for Cash-Strapped States. February 2010, Page 37}.

Terrefugia Inc. is a Woburn-based company formed in 2006 to combine the twin tasks of flying and driving. The Terrafugia Transition flying car prototype will be on display at Lawrence Municipal Airport in North Andover on Saturday, September 14th at the EAA 106 Light Sport Aviation Expo, berth 12. Lawrence Municipal Airport is located at 492 Sutton Street in North Andover, Massachusetts.