By Tom Duggan on October 2, 2012Comments Off on Former Torissi Allies Line up to Support Dizoglio 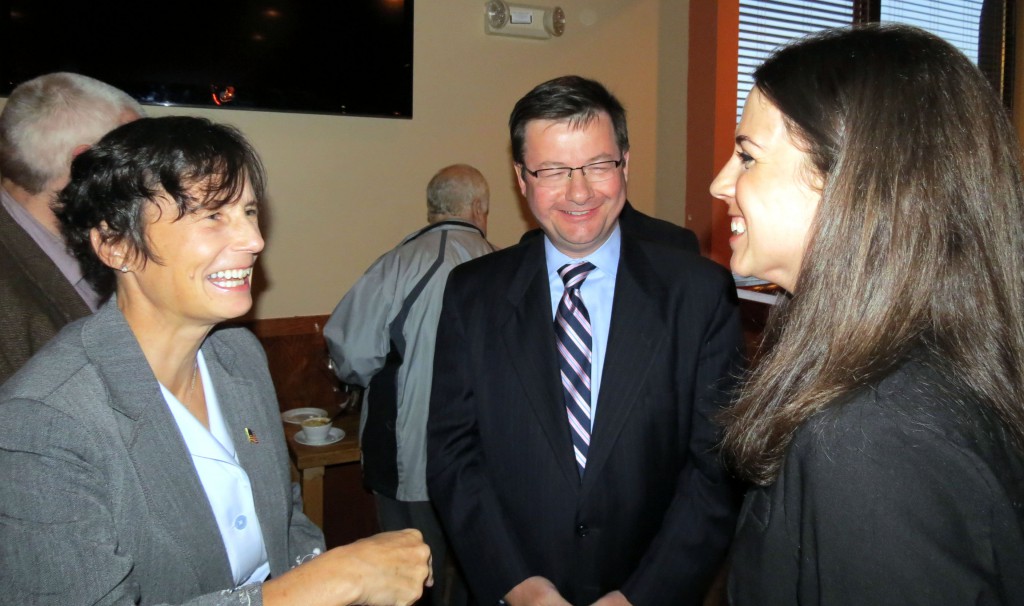 (PHOTOS OF THE EVENT)

Democrat insiders once closely aligned with the now defeated State Rep. David Torissi,(D) North Andover, took no time warming up to Diana Dizoglio the challenger who beat him in last months primary.

One of Torissi’s closest allies in the legislature, Rep. Brian Dempsey, (D) Haverhill, was the guest of honor Tuesday night and not only introduced DiZoglio to the crowd during her fundraiser at Mogadors but endorsed her.

“We need to make sure another great rep, represents Methuen, and that is Diana DiZoglio” Dempsey told the crowd of mostly Methuen 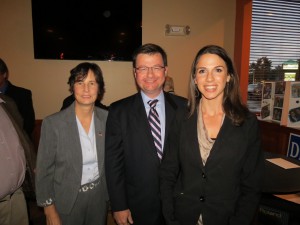 “I have to tell you how impressed we all are with the work ethic that Diana has already demonstrated. A lot of times you get to know somebody in a campaign and you get to judge how well they will perform on your behalf. I think no one here has any doubt what you would get with Diana Dizoglio representing you. Somebody who is aggressive, somebody who is going to work tenaciously to make sure that the district is taken care of.”