By ValleyPatriot on January 26, 2015Comments Off on Freedom Fighters ~ by Forest Rain, Israeli Columnist 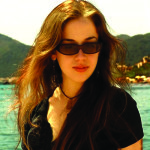 When words are twisted meaning becomes warped. The straightforward and obvious suddenly takes on a new meaning, transforming in to something far from the original intent.

Once the term “freedom fighters” meant people who fight for freedom. Now, somehow this term has become synonymous with terrorists i.e. people using psychological and physical threat, violence and murder as means of scaring others in to agreeing to or allowing a political goal to be attained.

A noble idea, fighting for a noble cause – freedom, has been twisted in to something ugly and dark. Somehow this new meaning has become accepted as the norm. Somehow it is acceptable to whitewash murder and violence to achieve a goal by placing it under the flag of “fighting for freedom”.

What about the real freedom fighters? People who are using political, acceptable, non-violent ways to fight for freedom? If terrorists are “freedom fighters” what can we call those who are truly fighting for freedom?
Over and over we find these rare ones called a myriad of derogatory names: “annoying”, “provocateurs,” “fringe,” “extremists”… they are told to shut up, sit down and disappear.

They are often confused for the cause rather than the solution they truly are.

Instead of being upheld as role models for us all, the real freedom fighters are being belittled, pushed aside and sometimes even ostracized.

One October 29th, Yehuda Glick was shot four times by a Muslim terrorist. It was no “ordinary” terror attack, this was an assassination attempt. Why?

Because Yehuda Glick has been actively promoting the right of Jews to pray on the Temple Mount.

Bizarrely, in Israel there is freedom of worship for all people – except Jews. Jews are not allowed to pray in the holiest location on earth for the Jewish people, the Temple Mount, in the heart of Jerusalem.

A little bit of history for those who are unaware of the background: The Western Wall or Kotel is part of an external supporting wall of the ancient Jewish Temple. Now, where the Temple once stood is a golden domed mosque, The Dome of the Rock. The mosque covers the Foundation Rock which was once in Holy of Holies in the Jewish Temple and, according to Jewish tradition is the foundation upon which God created the world.

This is the source of the holiness of Jerusalem. This is why Jerusalem is considered by so many to be the heart of the world.

The Dome of the Rock is not the mosque Muslims place so much importance in, there is another mosque on the Temple Mount that they call “al Aqsa.” Muslims pray facing AWAY from the Dome of the Rock, facing Mecca, the holiest city in Islamic tradition.

The Jewish Temple was destroyed by the Romans in 70 CE. The Dome of the Rock was built on top of the ruins in 691 CE. Building a religious site on top of someone else’s religious site is a way to exert dominance and announce that the location and everything connected with it has been conquered.

Over the years Israeli governments have preserved this restriction with the idea that we shouldn’t “provoke” the Islamic world.

Yehuda Glick said that he thinks this is wrong. He said it repeatedly and publicly. He ascended the Temple Mount and prayed with Muslims there, in Arabic and Hebrew.

Glick’s attitude is: “The Temple Mount must be as (in) the words of (the prophet) Isaiah, ‘a house of prayer for all nations. It mustn’t be in the hands of violent people. It must not be left to one religion who are led by a fundamentalist, violent leadership. It must be a sensitive place – it must be a place that respects all of those who are calling in the name of the One and only God.”

For this a terrorist tried to murder him. 4 bullets grazed vital organs and somehow, miraculously, hit none. He should have died – four times over – and did not. A real miracle.

Now, over a month later, Yehuda is well on the way to recovery. His peaceful protesting of the lack of freedom of worship for Jews in the Jewish State has not ceased. In response, the Islamists have increased their death threats against him: “This time we will make sure the job is completed.” Some on the left have even implied that it is Yehuda’s provocation that is at fault, that he brought the attack on himself, that his actions gave rise to the wave of terror attacks we have recently experienced in Israel.
In a twisted world the result becomes the cause. The victim becomes the abuser. Shut up, sit down, go away.

As if ignoring the source of the problem will solve it, as if telling the victim to “go along to get along” ever works…No one is talking about the rights of Jews to be free in their own land, to worship in the place holiest to the Jewish people.

o one is talking of the Islamic provocation of creating violence and bringing weapons in to the most holy place on earth. No one is talking about the soccer games and picnics Muslims hold on the Temple Mount. Or the political rallies they have held, calling for the destruction of Israel.

To be more accurate, there are a few who are talking about these things. They are called “extremists,” “religious looneys”, told to shut up and sit down. Yehuda Glick was shot because he spoke out against these offenses against Jews and Jewish freedom.

Despite the increased death threats the police have not assigned any specific security detail to protect Glick. As a result, concerned citizens decided they would not wait for the police to save Yehuda. A group of people, trained and licensed to carry arms, friends and strangers, volunteered to be his protection detail, travelling everywhere with him, to protect Yehuda’s life and freedom.

In an interview one of the group explained: “We know the death threats are very real. Yehuda has to go back and forth between his home and the hospital for treatments until he recovers completely. He should be safe and free to move in his own country shouldn’t he? I’m not religious. I’m gay and I don’t believe in God but if Yehuda wants to go pray on the Temple Mount I think he should be free to do so and I will be there, right by his side.”

That is a real freedom fighter! That should be the role model – a man who does not wait for police or government to “save” him, a man that decides to protect his fellow man because he believes in his right to life and right to freedom. Nothing more, nothing less.

Religious affiliation, sexual orientation and any other categories and definitions are not barriers when thinking is straightforward. Freedom to live, to worship, to speak one’s mind etc. are basic rights, due to everyone – even if they are Jewish.

Mahatma Gandhi led India to Independence by example – not by suicide bombs.
Freedom is a choice of those who refused to be caged, who refuse to be silenced. Israel is in danger and so is the rest of the world. It is up to each and every one of us to decide what definition of “freedom fighter” we find acceptable.