By ValleyPatriot on May 21, 2019Comments Off on Freedom of Speech in Dracut? “Oh, please…” 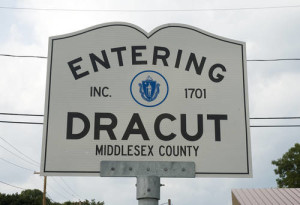 Some things are worth fighting for. Freedom of speech is one of them. Sadly, you have to fight for it every single day in Dracut!

After Town Manager Jim Duggan illegally banned the Dracut Republican Town Committee from marching in the town’s Memorial Day parade to honor our fallen veterans, he defied every member of the board of selectmen, made the issue political and tried to pass the buck. Ultimately, the government watchdog group Judicial Watch interceded, again, to ensure freedom of speech wasn’t trampled, again, by town government. The real story, of course, is that Dracut politics is personal and putrid, always.

Everything you need to know about this issue can be summed up in two words: “Oh, please…”

That’s what Town Manager Jim Duggan muttered at the selectmen’s meeting when Chairman Jesse Forcier asked if board members had any other questions about the manager’s political decision to try to block the group from marching. You can watch the video and decide for yourself by the way he said it whether he was begging for mercy or just hoping everyone would shut up.

Selectman Joe DiRocco brought up the issue of the parade, after the town manager failed to mention the issue in his report to the board.
“Has that been put to sleep?” DiRocco asked.

“As far as I’m concerned, it has,” the town manager replied, digging in and pushing to uphold his ban. “That is something that has been my decision.”
The town manager said he “felt strongly” that Republicans should be banned and that the event is “solemn.” If one political group is let in, others will have to be too, he said, such as Democrats and Libertarians.

“Where does it stop?” Duggan wondered aloud. How about with the rule of law, the First Amendment and the U.S. Supreme Court? No group should be stopped from marching because of politics.

Has anyone in town ever raised any concerns about the parade being too somber for throwing candy to children, for a Dixie-land band playing upbeat jazz tunes, for performers riding strange-looking bikes or anything else?
Did Jim Duggan see Barry Finegold, a Democrat and a candidate for state senate, marching in last year’s parade, campaigning for office?
That’s on video, too. I know, I know, “Oh, please…”

Anyway, DiRocco pointed out that DRTC members include veterans and said he had no problem with the group marching.

As soon as Duggan revealed on TV that he had contacted the American Legion commander through a well-known Democrat operative, one of Colleen Garry’s political allies who has driven her food truck on election day, the gig was up. When it looks like an inside job and it smells like cow manure, it’s dirty politics in Dracut – and Colleen Garry isn’t usually too far away from the stench.

In case you’ve forgotten, Colleen Garry has a history of trying to silence her political opponents. She tried to weaponize the state’s campaign finance law, filing a bill to basically shred the First Amendment, silence any criticism of her very pathetic voting record and make sure no one hurts her feelings. But it backfired, big time. Instead of silencing free speech, Colleen Garry caused an outcry of opposition to her proposal, with the Lowell Sun, Massachusetts Fiscal Alliance, Boston Herald and Boston Globe all speaking out against her ridiculous and unconstitutional bill. By the way, the irony is that Colleen Garry tried to change the same law she was fined $5,000 by the state for violating, for failing to keep accurate campaign finance records for many, many years. Someone, please, give us an “Oh, please…”

But let’s get back to the Selectmen’s meeting.

Chairman Forcier told the town manager that he thought the board’s direction to allow the DRTC to march had been very clear.

“I agree,” said Tami Dristiliaris, who called the town’s parade inclusive and added that she didn’t think the Dracut Republican Town Committee or any group should be forbidden from marching in support of our veterans.
“It’s really a free speech issue,’ Dristiliaris reminded her colleagues and the town manager. She pointed out that town and state politicians march in the parade and said the Dracut Democrat Town Committee could be invited to participate, too.

“And they are technically elected,” interrupted Selectman Alison Hughes, referring to the fact the members of both the Republican and Democrat town committees are duly elected on the presidential primary ballots.

“We can’t exclude people from marching,” Dristiliaris emphasized. “It’s a parade of the people in town and I think we should allow it.”

Selectman Tony Archinski, who identified himself as a member of the Dracut Democrat Town Committee, said he was opposed to letting Republicans carry a banner, but not to letting the group march.

Archinski also erroneously identified himself as the only veteran on the board. DiRocco, the town’s retired fire chief, is also a veteran.

“I don’t care who marches in the parade, the more the merrier,” Archinski said. But then he suggested the town manager check with veterans’ organizations to see how they feel, something Duggan had already said he’d done. “I can tell you they are very sensitive to politics being involved in Memorial Day ceremonies.”

Rightly so. By trying to pass the buck to the American Legion, it was the town that politicized the event. It’s a shame that veterans were put into the position by town government of being asked to choose sides.

Freedom of speech is not a Republican issue or a Democrat issue; it’s an American issue. Our veterans fight all around the world and give the ultimate sacrifice to defend all of us and all our rights, without regard for anyone’s political party here at home.

This isn’t the first time that free speech is hard to swallow in town. At the end of February, when Judicial Watch first contacted the town and challenged the constitutionality of the political-sign bylaw, the town manager tried to dismiss the issue. Six weeks later, he put an article on the warrant to repeal the bylaw at Town Meeting in June. The town’s Zoning Bylaw Review Committee has voted unanimously to support that repeal, more than 15 years after the legality of the bylaw was first challenged in federal court.

Whether it’s getting rid of an unconstitutional law or ensuring everyone has equal rights, town citizens shouldn’t have to ask for legal help to ensure our town government follows the law. Free speech shouldn’t stop at the town line in Dracut. No one and no town should be above the law. Altogether, now:
“Oh, please…”

Brian Genest is chairman of the Dracut Republican Town Committee and a member of the Massachusetts Republican State Committee representing the Second Essex & Middlesex District of Andover, Dracut, Lawrence and Tewksbury. ◊