By Tom Duggan on March 7, 2010Comments Off on From killing fields to candidate for US Congress 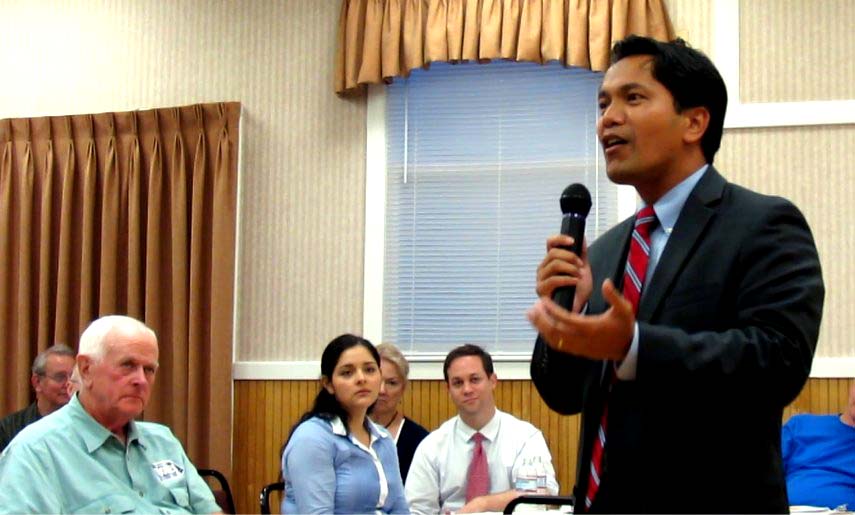 Sam Meas, the first Cambodian-American to seek congressional office, talks about growing up in war-torn Cambodia.

Sam Meas, a 36-year-old investment analyst from Haverhill, Massachusetts, is a Republican candidate for the United States congress in Massachusetts’ 5th District. He is the first Cambodian-American to run for Congress, or any other state or federal office in US history.

In 1983, Sam Meas and a cousin crossed the border from Cambodia into Thailand’s Khao-I-Dang refugee camp. He came to the US to live with a foster family in 1986, and went on to graduate from Virginia Tech University in 1996.

What are your memories of life in Cambodia under the Khmer Rouge?

I was very young when the Khmer Rouge took Kandal province; It has since been relayed to me that I was just 2 years old at the time. My father was arrested and never to be seen again, meaning that he, like so many other thousands of teachers and intellectuals, was executed….

My older brothers and sisters were drafted to be part of the Khmer Rouge’s new Army of Labour and sent to work far away. I never saw much of them after they left…. While my mother was putting in 12-hour days for Angka in the field, my brother and I spent our time between our mud hut and the day care centre at the communal kitchen. One of our jobs, besides fending for ourselves, was collecting cow manure.

I did witness individual murders and mass killing. My family was spared, I was told, solely because the local Khmer Rouge village chief attested that our family was part of the “liberated people” or “old people”.

What were the most striking things about the United States for you when you arrived in 1986?

Our flight arrived in New York City at night from Europe. The view of the city from the plane was the most incredible sight I have ever laid my eyes on. Bright lights were lighting up the city grids from the ground. I thought it was heaven on earth.

The second striking feature was the highway system. A group of us took the taxi from the airport to the hotel. We were driven through underpasses, overpasses and underground tunnels. I was just mesmerised by the wonder of it all. The tall buildings and modernity of everything in America were just incredible. I had never seen any of these things before in my life.

Last but not least, I was pleasantly surprised by the kind and welcoming people in America. True to their reputation, Americans are kind, compassionate and caring people.