By Tom Duggan on August 3, 2015Comments Off on Gloucester’s Angels Program 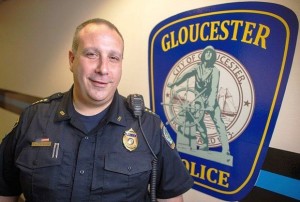 Angels are descending on the city of Gloucester through an innovative program proposed by Police Chief Leonard Campanello to help people battling opiate addiction. These angels don’t have wings but they have some training, knowledge and an abundance of compassion to be at-the-ready for when an addicted person surrenders their drugs and paraphernalia at the local police department, and is promptly whisked away to be processed for detox treatment, rather than being booked for a crime. The Gloucester Police’s “Angels Program’s” cornerstone are the volunteers who could be called at any hour of the day or night to meet an addict at the police station and shadow and guide them through the processing for treatment.

This program will dovetail well with a hastily convened, but promising network of support facilities and organizations such as the Healthy Gloucester Collaborative Action, Inc., local pharmacies who will provide ready-access to the anti-overdose drug Narcan and Lahey Health, Addison Gilbert Hospital and other health-care and rehab programs that will deliver a dedicated cadre of “angels”.

Undoubtedly, lives will be saved; but despite that it’s popularly, the results may be disappointing unless several things evolve from this highly localized and legally-experimental initiative. The state legislature needs to grapple with and successfully overcome many legal challenges, related to this program by carefully implementing thoughtful legislation to help foster this program.

First and foremost there must be safe-guards to prevent the program from being a mechanism for dedicated criminals to escape the criminal justice system from feigning a desire to become “drug-free” to, when only after, to return to a life of crime associated with drug abuse. Another concern is to build assurances for those who can be rehabilitated are giving a real chance. For example, there is already the potential for legal wrangling since Essex District Attorney recently sounded this warning by announcing that “…an explicit promise not to charge a person who unlawfully possesses drugs may amount to a charging promise that you (Campanello/ GPD) lack legal authority to make, and on which a drug offender may not be able to rely”. These issues need to be dealt with swiftly by state officials and then the program allowed to be rolled out throughout the state especially in our largest cities replete with drug activity such as Boston, Lynn, Haverhill, Lawrence, Lowell, Worcester, Fall River, New Bedford, Springfield and many other localities.

Finally, if all the angels in heaven were to join those in Gloucester and form a dedicated army of healers, the hoped-for eradication of the scourge of drug addiction will never materialize until the source of drugs is removed from our streets – the drug dealers. The success of this program, especially if expanded and amply supported by a comprehensive drug policy and a set of laws depends on a concurrent condition of eliminating easy and cheap access to opiates. If the spigot of drugs flowing is not dramatically curtailed by law-enforcement many of those who are saved by this program will simply fall into the preying hands of those who seek the destruction of others for profit. Everyone will feel good that many were saved but few will take notice that many will repeatedly cycle through the program multiple times creating static progress in defeating the epidemic of drugs.