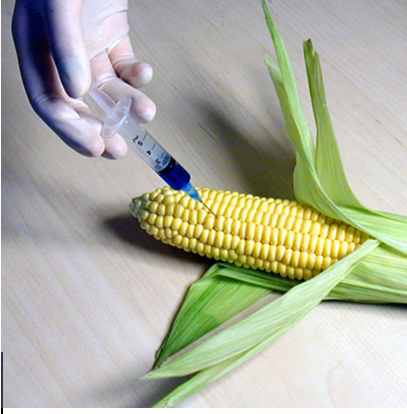 Scientific studies are showing that genetically engineered foods, or genetically modified organisms (GMOs), can damage the organs of the body, including the liver, kidneys and brain. Researchers also found significant changes that affected weight gain, eating behaviors, and immune function.

About 90% of America’s corn, cotton, soy, canola and sugar beet crops are genetically engineered. You will find GMOs in fresh produce and processed foods: in such animal products as milk, meat and eggs because of GM animal feed.

The GMO industry claims its crops are safe, but even before Monsanto, the international agricultural biotechnology corporation, was allowed to plant its first commercial crop in 1996, Food and Drug Administration scientists were calling for more research. They predicted that engineered foods would contain rogue proteins that could be toxic and cause allergies, nutritional deficiencies and other diseases. Their calls for better testing were ignored.

GMO foods and crops are closely regulated in Europe. According to the European Commission, the rules are in place “to protect human and animal health through stringent safety assessment of GM food and feed before it can be sold” and “to ensure clear labeling that responds to the concerns of consumers and enables them to make informed choices.”

Why is the U.S. policy so different? Food and agricultural companies spent millions to defeat California’s proposition demanding better food labeling, a move that thrust GMOs into the spotlight. Many didn’t know about the GMOs in their foods until that battle.

Then the Farmer’s Assurance Provision (a ka a Monsanto Protection Act) was tacked onto a U.S. spending bill in March. It actually requires the Dept. of Agriculture to ignore a court order and allow the planting of new genetically engineered crops while the agency conducts further review.

The best way to avoid GMOs is to buy organic foods or foods with the Non-GMO Project seal. When buying conventional foods, avoid those with corn, soy, canola, cottonseed and “sugar” (but not “cane sugar”) ingredients. You can also download a shopping guide (NonGmoShoppingGuide.com) to help you steer clear of GMOs.

How safe are GMOs?

More often than not, unless the research is tainted by industry ties, studies into the effects of genetically engineered foods demonstrate that it is anything but safe. This isn’t so surprising when you consider that simple logic will tell you it’s probably not wise to consume a plant designed to produce its own pesticide, for example.

So-called “Bt corn” is equipped with a gene from the soil bacteria Bacillus thuringiensis (Bt), which produces Bt-toxin—a pesticide that breaks open the stomach of certain insects and kills them. This pesticide-producing corn entered the food supply in the late 1990’s, and over the past decade, the horror stories have started piling up.

Monsanto and the US Environmental Protection Agency (EPA) swore that the toxin would only affect insects munching on the crop. The Bt-toxin, they claimed, would be completely destroyed in the human digestive system and would not have any impact on animals and humans. The biotech companies have doggedly insisted that Bt-toxin doesn’t bind or interact with the intestinal walls of mammals, and therefore humans.

The research proves all such claims false.

Prior findings have already shown that Bt corn is anything but innocuous to the human system. Just last year, doctors at Sherbrooke University Hospital in Quebec found Bt-toxin in the blood4 of:

• 80 percent of umbilical blood in their babies, and

Bt-toxin breaks open the stomach of insects. Could it similarly be damaging the integrity of your digestive tract? If Bt-toxins can damage the intestinal walls of newborns and young children, the passage of undigested foods and toxins into the blood from the digestive tract could be devastating to their future health. Scientists speculate that it may lead to autoimmune diseases and food allergies. Furthermore, since the blood-brain barrier is not developed in newborns, toxins may enter the brain causing serious cognitive problems. Some healthcare practitioners and scientists are convinced that this is one mechanism for autism.

If Bt genes are colonizing the bacteria living in the digestive tract of North Americans, we might expect to see an increase in gastrointestinal problems, autoimmune diseases, food allergies, and childhood learning disorders since the advent of Bt crops in 1996, and that’s exactly what’s being reported. For example, between 1997 and 2002 the number of hospitalizations related to allergic reactions to food increased by a whopping 265 percent. One out of 17 children now has some form of food allergy and allergy rates are rising.

So-called “Roundup Ready” crops are another type of genetically engineered crops. While Bt crops contain a gene that produces a pesticide inside the plant itself, Roundup Ready crops are designed to withstand otherwise lethal topical doses of glyphosate—a broad spectrum herbicide, and the active ingredient in Monsanto’s herbicide Roundup as well as hundreds of other products.

This way, the crop survives while all weeds are theoretically eliminated from the field… that is ‘theoretically’ because the overuse of the herbicide has led to the rapid development of glyphosate-resistant superweeds. It’s estimated that more than 130 types of weeds spanning 40 U.S. states are now herbicide-resistant, and the superweeds are showing no signs of stopping.

Roundup Ready crops have also been linked to serious health problems—particularly relating to fertility and birth defects—as has glyphosate itself.

Dr. Jin Sung is a chiropractic physician who helps his patients both neurologically and metabolically to solve complex health issues. He can be reached at 978 688-6999. Or visit his website at www.DrJinSung.com.