By Tom Duggan on November 25, 2014Comments Off on Governor Deval Patrick Appoints the Honorable David A. Mills (ret.) to the State Ethics Commission 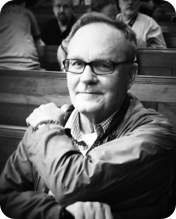 Judge Mills served as an Associate Justice on the Massachusetts Appeals Court from 2001 to 2012.  As an appellate justice, Judge Mills was the principal author of more than 100 published decisions.  He is a former Middlesex County assistant district attorney and a former assistant attorney general, where he served as chief of the criminal appellate section.  Judge Mills has more than 30 years of experience in private practice, and currently is Counsel at the law firm of Rackemann, Sawyer & Brewster.  He is also a member of the Danvers Board of Selectmen.

The State Ethics Commission is made up of five members, with three appointments made by the Governor, one by the Attorney General and one by the Secretary of the Commonwealth.  The Commission administers and enforces the conflict of interest and financial disclosure laws and has jurisdiction over state, county and municipal employees.  Commission members are appointed to five-year terms.