By ValleyPatriot on May 21, 2016Comments Off on H-1B Foreign Workers Are Destroying Merrimack Valley Economy 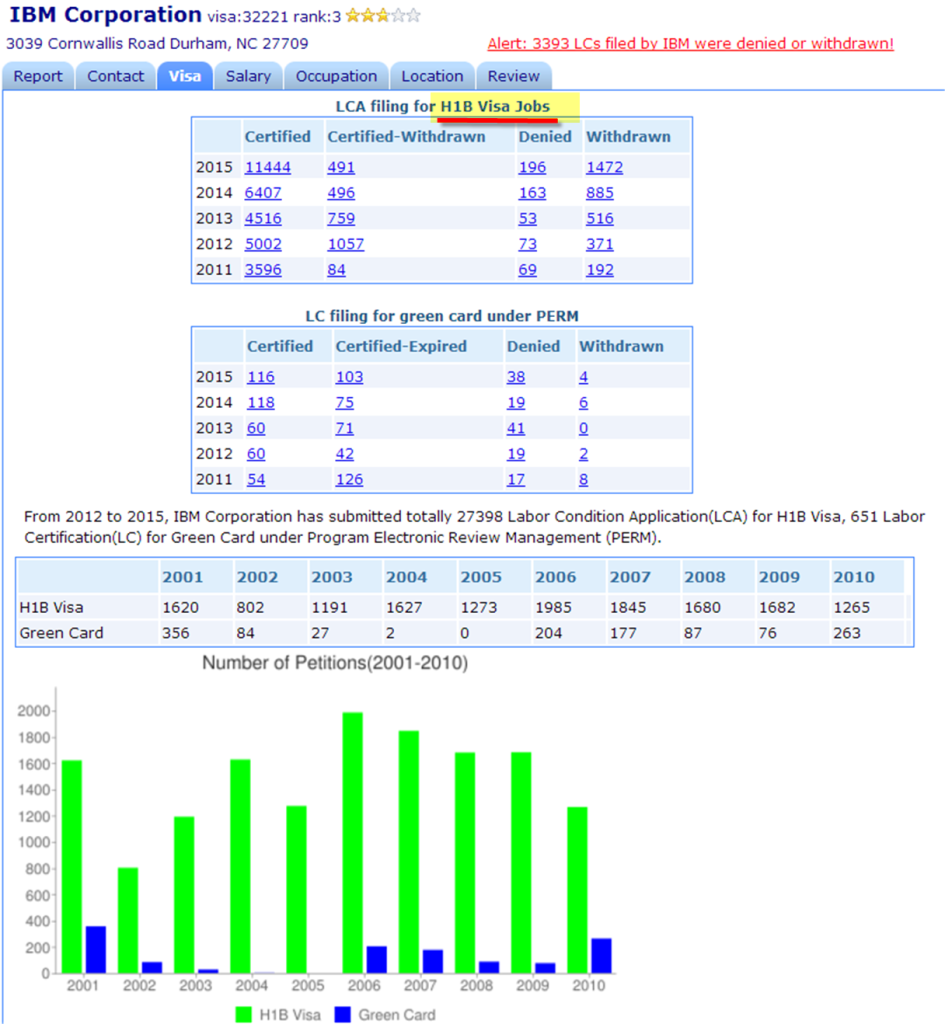 Right now, when it comes to labor issues, all eyes are currently on The Verizon Strike, which affects many municipalities across The Merrimack Valley. Many will question the union’s motives, as the tactic of going on strike is usually in order to strong-arm a company into submission and usually with the help of some political clout.

This time it is truly different.

There is an insidious movement in our country, one that is causing extreme harm to our fellow American, unionized or not. It is the precipitous rise of the H-1B Visa worker, and they are destroying the American workforce, and it is happening right here in The Merrimack Valley.

The H-1B program is facilitated by The Department of Homeland Security and falls under The U.S. Citizen & Immigration Services. The requirements are as follows: a Bachelor’s degree or higher, the degree must be common for the position in the industry, the employer normally requires a degree for the position, and the nature of the job is so complex that the position usually is associated with acquiring a Bachelor’s degree or higher. The degree must also be related to the position applied for and evidence must be submitted demonstrating such. However, an H-1B applicant can be approved without a degree if the applicant has an unrestricted state license, registration, or certification, which would authorize the applicant to immediately engage in the specialty occupation.

Where do we look for this war on the American Worker? We go to our own backyard in Littleton, Massachusetts where International Business Machines (IBM) has a sizable campus based there. 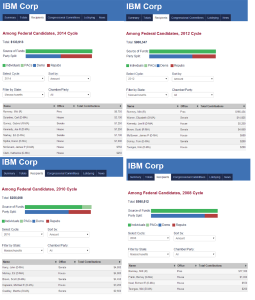 IBM has a fairly large employment footprint in Massachusetts in general, however, “Big Blue” as it was once called, is not the IBM of old where getting a job secured you with decent pay and great benefits, a place one could retire from. Those days are over. IBM, like a lot of Corporate America, is going through a secular change, a change that has finally caught up with those striking Verizon workers. That change is taking talented and hardworking Americans, and replacing them with H-1B Visa workers, or off-shoring and outsourcing American jobs entirely.

IBM was the fourth largest user of the H-1B program in the country in 2015, but has since moved to the number three position. From 2013 to 2015, IBM has filed 27,398 applications for H-1B Visas, third overall during said time period. Why is this important some may ask? A lot of companies do it, right?

They do, only IBM is treated special, and because of that special treatment, we simply do not know how many Americans have lost their job to H-1B Visa workers. Specifically, for Massachusetts, there was a 45% increase in certified H-1B workers from 2015 to April 2016; over 500 H-1B workers are now working for IBM alone in Massachusetts. In Littleton, that percent increased 68% to over 100 H-1B workers just at the Littleton campus.

Why does this matter?

The mainstream media has been silent on this issue, but IBM has been in the process of firing, in IBM terms it’s called a “Resource Action” (RA), tens-of-thousands of American Workers here in the United States. 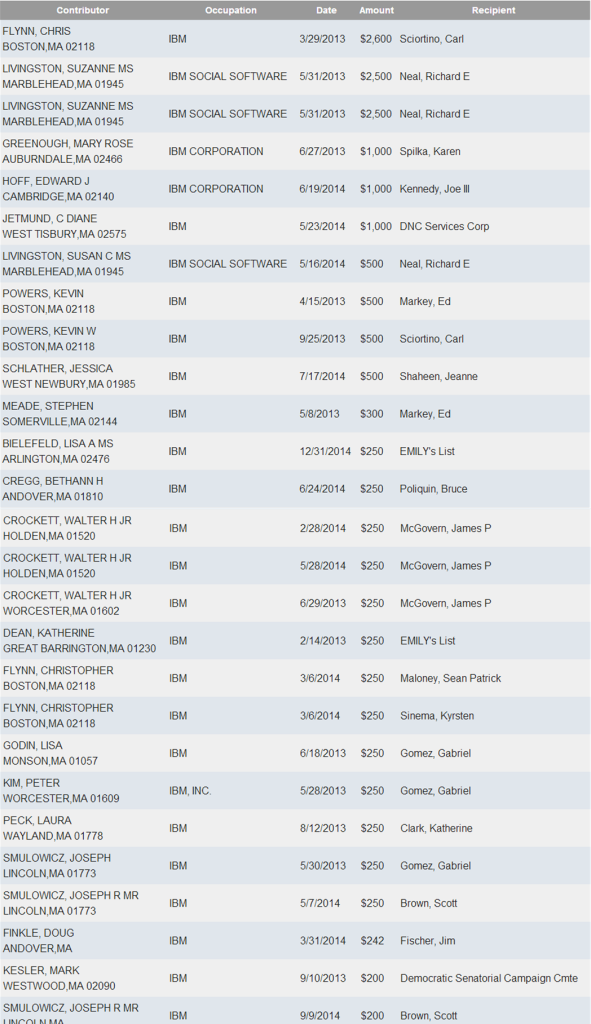 We don’t know the exact number because part of the special treatment IBM is receiving is that they are not being forced to divulge how many American Workers they fired, as IBM is treating it as a trade secret.

Estimates have been speculated to as low as 14,000 to a high of 33,000 American, U.S. based workers. Even on the low end, one would think that with this many in a mass firing event, it would trigger The WARN Act reporting requirements. It has not, at least not in Massachusetts.

Why are these numbers important in regard to firings of American workers? If we look at the low number of 14,000 being fired, IBM for this year has added 15,275 H-1B workers. These H-1B workers have conceivably passed the amount of American workers IBM has fired, and the correlation being American workers have simply been replaced by foreign nationals to do the very same jobs Americans were recently doing. This is probably why there is a corporate media blackout of the mass firings going on within IBM. The sheer number of Americans losing their jobs based in the United States at the hands of a foreign nationals is certainly a media highlight no company wants to admit too.

What is happening at IBM? IBM CEO Ginni Rometty took over the reins at IBM in 2012, and since then, IBM has lost almost 20% of its shareholder value. Whatever vision Rometti had for IBM doesn’t appear to be working out all that well, but long-time shareholders are happy, as IBM recently increased their quarterly dividend payout to $1.40 per share. IBM has also engaged heavily in share buybacks, a practice usually reserved for a company that feels they may be undervalued. However, what this practice also does is boost Earnings Per Share (EPS), which is tied in to executive compensation agreements. IBM is no exception. Since Rometty’s takeover, IBM executives and directors have cashed in their shares for over $263 million dollars. To be fair, almost $48 million of these monies were a supplement to the “Golden Parachute” of Ex-IBM CEO Samuel Palmisano. Rometty, for her endeavors of plummeting shareholder value, has seen fit to cash in her “fair share” at just under $15 million dollars.

How do companies do this? 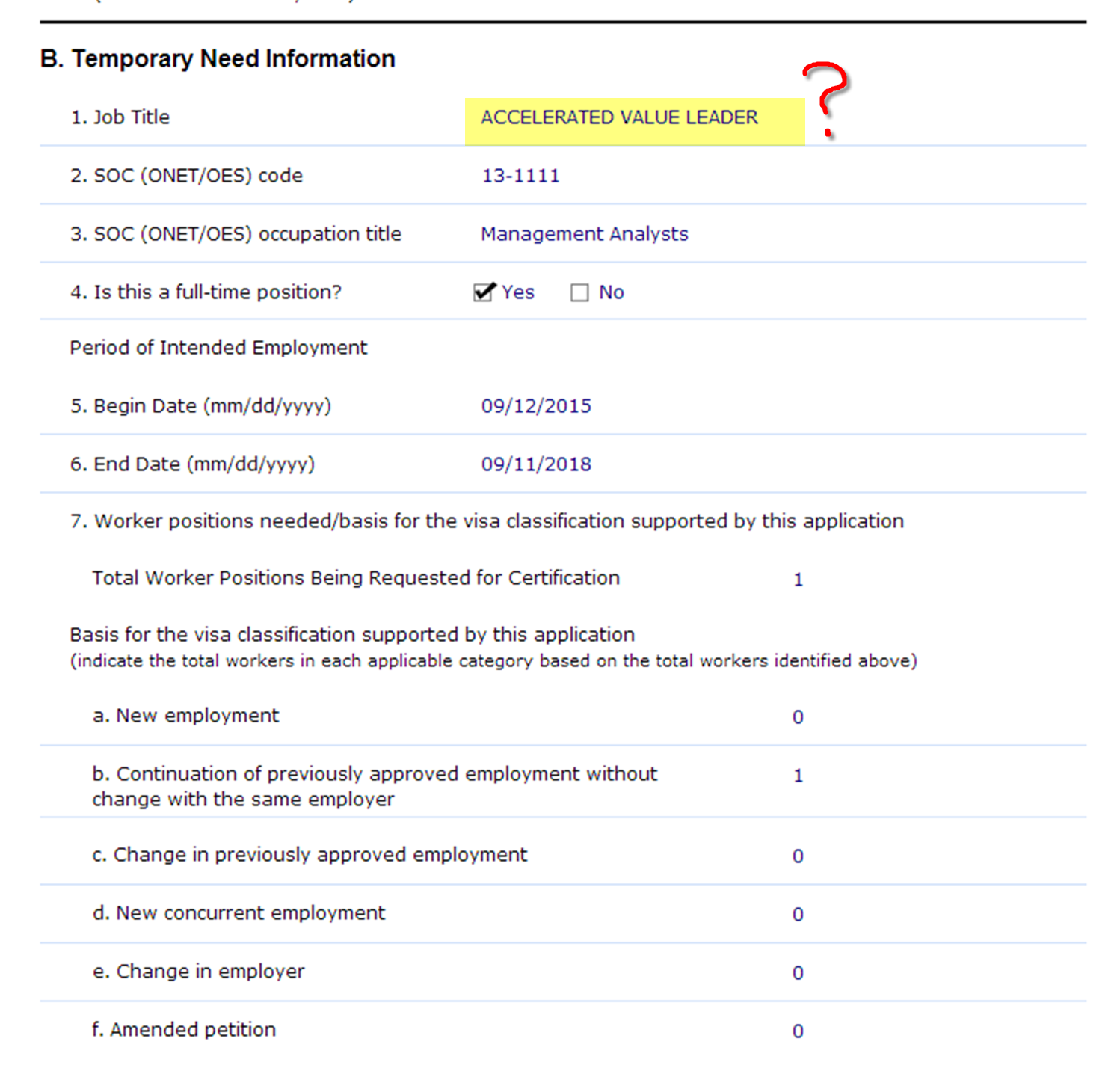 Look no further than a mirror. Yes dear Americans, you are partially responsible for your own career demise. How do you ask? According to The Massachusetts Office of Campaign & Political Finance, IBM employees over the years have donated over $80,000 to Beacon Hill and current and past Massachusetts Attorney Generals campaign coffers. It would be interesting to see if some of those donors are or were part of IBM’s past and current “RA” actions.

The old cliché’: “Elections have consequences” fits here as well. According to OpenSecrets.org data, IBM has contributed millions of dollars to Members of Congress, tens-of-thousands to Massachusetts’ very own, including U.S. Senator Ed Markey, U.S. Senator Elizabeth Warren, and The Merrimack Valley’s own, U.S. Representative Niki Tsongas. In Tsongas’s case, and possibly her defense, she has been the recipient of the least amount of money from IBM.

The irony here falls upon the unions, and most likely the union leadership.

IBM has been successful in beating away any and all attempts at unionization to the point recently they simply gave up trying. However, these same unions donate large sums of money to the very same politicians that either legislate or look the other way while their jobs disappear. As readers can see, there’s a lot of blame to go around when it comes to being outsourced, off-shored, or replaced by an H-1B Visa worker. It’s unfortunate that the workers, whether they’re unionized or not, continue to support the politicians that say one thing (i.e. support American jobs), but continue to do the opposite by taking the corporate monies and legislating your job away. 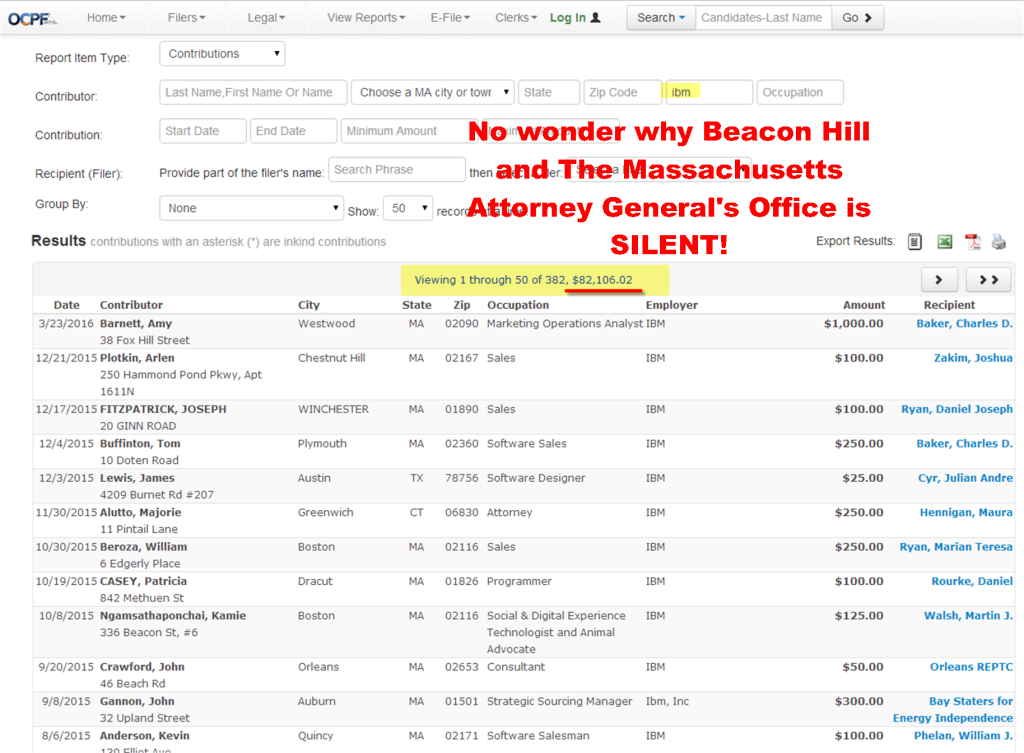 If there’s any reason to question the rise of both Senator Bernie Sanders and Donald Trump, this is it. Whether you agree with their platforms or not doesn’t matter. American workers are being systematically exterminated, the people who are losing jobs or can’t get one, Americans know this all too well and they’re angry. Corporations of course can use the H-1B hirings, as we see here at IBM, to claim that they are in fact hiring; but what they omit is that they’re not hiring Americans. It also correlates to the oft-mentioned income disparity and income destruction, as H-1B workers, while still well paid in IBM’s case, still does not equate to the pay and benefits of what their now fired American counterparts were receiving. In Massachusetts’s case, our real median income level peaked in 2001, and we haven’t been close to returning to those levels since. If you’re over fifty at IBM and an American, you may as well have your cube packed, as even long-time employees who have had excellent reviews are not being spared, they are simply too costly. That cost by the way, to do business, has also only been driven higher, especially from healthcare costs for both the worker and employer.

Democrats and Republicans alike appear to be happy with this paradigm, the firing of the American Workforce, the importation of more H-1B’s at the cost of American jobs in exchange for cheaper labor for their corporate connections, as neither party has done anything to change it. The corporate enablers may be happy because not only do they have a cheaper means to do business, they can continue to pay themselves quite handsomely at the American worker’s expense.

It should be noted, that during research for this piece for The Valley Patriot, no one from local, state, or federal offices would respond to inquiry. IBM also did not respond to inquiry for this piece. Therein lies the problem, no one in our own government feels as though they need to answer to The People because they know that no matter how badly they treat us, The People will not only vote them back into office, but they will pay them by way of campaign donations to keep abusing us and putting more of our fellow Americans out of work.

Duncan Burns is the official economic researcher for The Valley Patriot.