By Paul Murano on January 23, 2014Comments Off on Happy New Year? – The CULTURE WARRIOR, PAUL MURANO 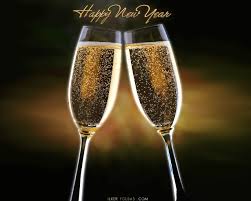 I have noticed a pattern. It seems that at the beginning of every new year people proclaim two things: 1) that the previous year was a bad one, and 2) that the next year will be better. This new year’s eve I again observed this same mantra. Why is it that each year we are convinced the upcoming year will bring us the happiness the previous one failed to bring? Why are we so confident that each new year will fulfill our hopes and dreams when each previous one did not? And why is it that so many Americans seem to have an exaggerated disappointment and distain for the past while holding onto an unfounded hope for the future? Let us explore this fascinating phenomenon.

It is natural for a creature to seek the fulfillment of its being, and humans are no exception. Everybody seeks happiness. In fact Aristotle claimed that no one cannot NOT seek happiness. Every act we do is for the sake of being happy, even though we often miss the mark. Other creatures find their fulfillment passively through instinct or the environment, but having a rational mind we humans must understand ourselves and freely choose the behaviors that are proper to bringing about our fulfillment. We can’t passively rely on determined factors. Why, then, does such a seemingly natural human endeavor such as the pursuit of happiness prove to be so difficult?

The problem begins with a culmination of bad philosophy that has permeated modern times, affecting our understanding of the meaning of ‘happiness’. In a nutshell we seek to fulfill our dreams rather than our nature.

This distinction is important because if our dreams do not coincide with the fulfillment of human nature we cannot possibly attain true happiness. If we were to poll average Americans on the question “What is happiness?” most would say it is a feeling, an emotional high, or an experience of pleasure. Therefore, any act that brings about this transient feeling of happiness to the individual is seen as fair game and considered one’s “right”.

The problem, however, rests in the fact that such a notion of ‘happiness’ is influenced by a combination of errors that conflict with human nature, stemming from radical individualism, utilitarianism, relativism, subjectivism, materialism and hedonism. In short it is a pursuit based on placating fears, pursuing desires, and being distracted from what happiness really is. Today, comfort, security, money, sex, and fame are all confused with happiness.

What we have forgotten is that there is a higher dimension to the human person that must be fulfilled in order to be happy. It goes beyond the physiological needs and desires we share with other animals and it makes our species unique. This higher dimension refers to our immaterial or spiritual needs. The pursuit of happiness ultimately means the pursuit of truth and love. While the basic needs of the body must be appropriately met, it is the goods of the soul that offer each person a chance at happiness.

This is where hope in the future comes into play. Everyone knows through experience that perfect lasting happiness does not occur in this life. When we think we might have it something eventually gets in its way. Yet, despite this there is something in the human heart that continues to hope. Why? If happiness lies primarily in the spiritual goods of truth and love that cannot be fully attained in this life, then why does every human heart continually hope for that “happily-ever-after” that can never be attained? Might it point to the fact that our happiness lies in a transcendent Source and End, Who is Truth and Love, from which all things have their origin? Might it be a sign that every human heart is seeking God, albeit sometimes unwittingly, amd union with Him is the only fulfillment of human nature and cause of everlasting happiness?

It makes sense that ushering in a new year would offer new hope, particularly for those who have rejected the state of denial offered by the world that stubbornly chooses self over God and one’s own disordered desires over His perfect will. Happiness is found in humility and selfless love as the Master Himself points out: “Whoever loves his life loses it, and whoever hates his life in this world will preserve it for eternal life” (John 12:25).