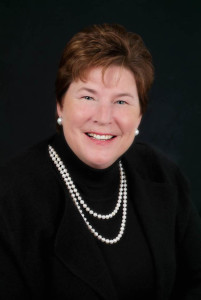 Cerasuolo – O’Rorke is the founder and president of Gold Leaf Fine Jewelry, Inc. which she established 30 years ago out of her home. Within 10 years, the business outgrew that space and she moved the company to its current location at 800 Broadway in Haverhill.

In 1998, while still operating Gold Leaf, she was named president and CEO of the Greater Haverhill Chamber of Commerce. She was initially appointed to a one-year contract to stabilize the organization, but continued in the position until 2007.

During her tenure with the Haverhill Chamber, she chaired “The Great Race”; increased membership from 400 to 800; created Leadership Merrimack Valley in partnership with NECC; co-founded Team Haverhill, a community based organization designed to grow and promote the city of Haverhill; and founded Winning Opportunities for Women (WOW), a chamber event that promotes women.

She has also been heavily involved with the Greater Haverhill Foundation, a private economic development initiative, first as a shared executive and currently as a consultant. In her present position, she oversees the redevelopment of seven key parcels in downtown Haverhill for “Harbor Place” – a $60 million development.

Cerasuolo – O’Rorke has been the recipient of numerous awards, most recently the Greater Haverhill Chamber of Commerce Woman of the Year Award, the Haverhill Bar Association’s Liberty Bell Award, and the International Economic Association’s Outstanding Development Award.

The Bradford resident is a long-time volunteer with many area organizations including the American Red Cross, the United Way, Merrimack Valley Workforce Investment Board, Merrimack Valley Economic Development Council, Girls, Inc., and the Boys & Girls Club of Haverhill.

“Certainly Sally’s experience and involvement in the business community will serve Northern Essex well. I look forward to working with her in her new role as trustee,” said NECC President Lane Glenn.

The college’s Board of Trustees includes nine members who are appointed by the governor of the state to a maximum of two five-year terms as well as an alumni-elected member, who also serves a maximum of 10 years, and a student trustee who serves for two semesters.