By Tom Duggan on January 4, 2005Comments Off on Haverhill’s Future 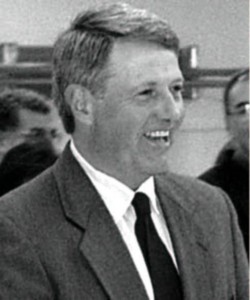 Haverhill’s history seesaws between big plans to promote its urban economy and extaordinary commitments to preserve its rural assets.

Unlike Lowell and Lawrence whose land area is completely built up, Haverhill’s urban core makes up only a fraction of its total area. The rest is made up of neighborhoods, lightly populated subdivisions, farms, parks, lakes and open space. Haverhill’s economy and tax base rebounded from the late 80’s and early 90’s recession, efforts at commercial/industrial development notwithstanding, by the residential development of its open land. That land was comparably cheaper and more desirable than that of surrounding communities, especially those south of us.

So, developers flocked to the city and built. This triggered much preservationist concern and led to several local measures to control growth. Now, rural land is as expensive and more difficult to build on than that in our inner city. Hence, our residential growth surge is currently downtown. This is good both because we need to continue to increase our tax base to meet our financial challenges and because retail follows people. More people downtown will lead to a rebirth of its commercial economy. The city grows without eating up its rural character.

But even this growth has limits. It’s not our schools, despite our growth we’re closing schools and reaping the financial benefit of the surplus real-estate. Parking space is a limit, but the city acquired enough downtown property in the 90’s to construct the deck(s) necessary to accomodate it. Traffic is a concern, but anyone who loved Haverhill’s downtown in the 1950’s also learned to deal with its traffic.

The real limit is water. Even though Haverhill’s water supply increased by one-third when we connected Crystal Lake to Kenoza in 1997, we are approaching the point where the average daily use equals the safe daily yield of our supply. There’s still a margin for growth; that is why it’s critical to think about it right now. The current answer is to increase the supply by sucking water from the Merrimack River. Water would be pumped from the river right into Kenoza Lake. The intake would be right across from the point where we now dump our waste-water, albeit treated. By the way, if you pay a water bill, you’re already paying for this plan.

The plan raises fundamental questions. I feel as strongly about the quality of our lakes as many feel about the integrity of our open spaces. There’s something just not right about mixing river water with Kenoza Lake. I’m well aware that our plant can filter it clean, but it will cost more, maybe a lot more. And the city is now under orders from the EPA to make the river just clean enough to swim in. Our lakes are pristine and we have seven of them. We do have another choice. Why not limit growth to the number of people and businesses our pristine waters can sustain? There’s still room to grow both the downtown and industry, but instead of unleashing unlimited growth, or, limiting growth by extreme zoning, we could limit growth by available pristine water. Further growth could be tied to investment in water conservation, rather than paying to supply all the water people want to waste (the electric utility learned this long ago).

As we grow commercially and industrially, our city could develop a unique culture. We could be known nationally and internationally for our ability to enhance our future by the preservation of our most precious natural resource, our pristine water. Right now is the hour of decision, before expenditures on the river plan grow to a point where abandoning it is financially impractical, and, before a real choice is forever lost.