By Tom Duggan on December 21, 2015Comments Off on HBO’s The Leftovers One Of TV’s Best Dramas ~ TV TALK with BILL CUSHING 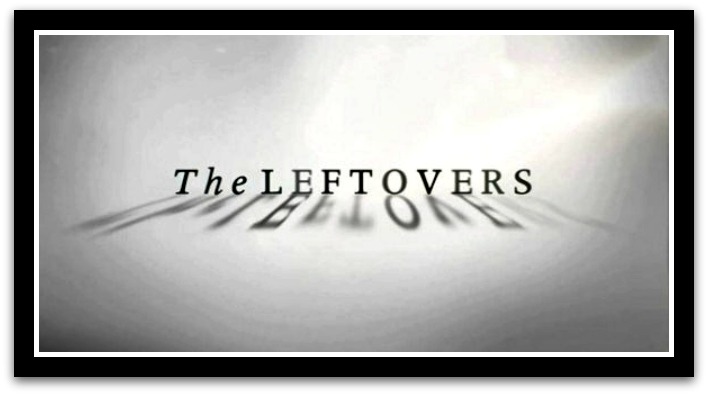 With its imaginative storytelling and top-notch acting, HBO’s The Leftovers went from being a strange, frustrating albeit entertaining show in its first season, to one of the best dramas on television in its second.
The Leftovers was created by Damon Lindelof and Tom Perotta and the first season was based on Perotta’s novel of the same name.

The Leftovers takes place three years after a global event called the “Sudden Departure”, the inexplicable, simultaneous disappearance of 140 million people, 2% of the world’s population, on October 14. Following that event, mainstream religions declined, and a number of cults emerged, most notably the Guilty Remnant. The Guilty Remnant is an organization that was formed after The Sudden Departure, whose members are self-proclaimed to be “Living Reminders.”

The story focuses primarily on Kevin Garvey (Justin Theroux), the Chief of Police in the fictional town of Mapleton, New York. His wife Laurie (Amy Brenneman) has joined the Guilty Remnant, leaving Kevin and their two children. Nora Durst (Carrie Coon), another resident of the town, lost her husband and two children on October 14th and now works as an insurance agent helping people with their claims for their departed loved ones. Nora’s brother Matt (Christopher Eccleston) also lives in the town with his disabled wife (Janel Maloney).

The show’s first season was a depressing and odd story of a grieving town, but did flash moments of promise with some of the best performances on TV and a season finale that packed quite an impact. The show grew, and improved as the season moved on.

The second season has now moved the main characters to the fictional town of Jarden, Texas; a town that had no departures on October 14th. The town has become a tourist attraction and a place for people looking for answers.
This season, an amazing cast got even better with the addition of Regina King (Southland, American Crime). Her character, Erika, and her mysterious family suffer a “departure” of their own early in the season. That event is one of the main focal points for the 2nd season.

As the season has progressed, the episodes have gotten better and better. In the episode “Lens” an amazing scene between Erika and Nora is without a doubt one of the best scenes of the year on this or any other show.
But the episode “International Assassin” just might be the finest episode of the entire series thus far. To give too many details of this episode would just ruin it. The series is best experienced without knowing anything more and not having it spoiled by me.

The show is not really a drama about an unexplained occurrence such as “The Sudden Departure” so much as it is about what happens to the people left behind, The Leftovers, and how they deal with such a devastating event.
I really hope that the show isn’t forgotten at awards time. Justin Theroux and Carrie Coon both are very deserving of acting nominations as well as the show being recognized with a Best Drama Series nod.

The show is certain to appear on many critics 10 Best List at the end of the year. It will most certainly be included on mine in next month’s column.
The Leftovers just finished its 2nd season on HBO, but you can catch it On Demand.

Have a Merry Christmas and Happy New Year everyone!

HBO’s The Leftovers One Of TV’s Best Dramas ~ TV TALK with BILL CUSHING added by Tom Duggan on December 21, 2015
View all posts by Tom Duggan →