By Tom Duggan on October 23, 2014Comments Off on HEEE’S BAAACK! Lantigua Primed to Return to Power as Lawrence State Rep.

While many believe former Lawrence Mayor Willie Lantigua is now a bad memory never to return, the fact is the man who ruled Lawrence with an iron fist is now positioned as the front-runner in a three way race for his old seat in the Massachusetts House of Representatives. How is that even possible?

A LITTLE HISTORY, LANTIGUA, DEVERS AND THE DEMOCRATIC PARTY

Lantigua ran against and defeated his longtime friend, State Rep. Jose Santiago in 2002. Lantigua had recruited Santiago to run for the seat four years earlier and successfully ran his campaigns for Lawrence City Council.

Lantigua defeated Santiago by leaving the Democratic Party (knowing he couldn’t win a primary against an incumbent) and became an Independent.

In 2004 and 2006, Lantigua was challenged by (then) Lawrence City Councilor Marcos Devers, but Lantigua defeated Devers each time in a Democratic Party primary.

Marcos Devers also ran for mayor against incumbent Mayor Mike Sullivan in 2005, but was defeated when Lantigua threw his support behind Sullivan, telling Latino voters on Spanish language radio to vote “against Devers”. By the end of that campaign, Lantigua had secured a large portion of the Dominican vote for Mike Sullivan, giving him a second term and fractioning the Dominican voters in Lawrence for the first time. That division remains today. 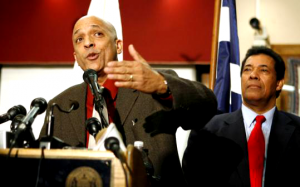 RUNNING FOR MAYOR AS A DEMOCRAT

In 2009, Lantigua and Devers found themselves squaring off again in a 9 way race for the nomination for Lawrence Mayor. When the smoke cleared, Lantigua placed first of the nine candidates, with Lawrence City Councilor Dave Abdoo placed second. Both went on to the final but it is not a small footnote that the person who placed third in that race was Marcos Devers and he didn’t place third by much.

With Lantigua and Abdoo in the final, Lantigua ran a campaign on Spanish language radio billing himself as the “Democrat” in the race calling his opponent David Abdoo “a Republican” and mounting an anti-Republican smear campaign saying “Republican Abdoo” was going to take away their welfare among other things.

Lantigua prominently displayed “DEMOCRAT” in capital letters on all his campaign signs and literature.
EDITORS NOTE: Lawrence municipal elections are nonpartisan.
Lantigua resoundingly won the 2009 mayoral election (the legitimacy of which is still called into question today) and served 2010-12013. 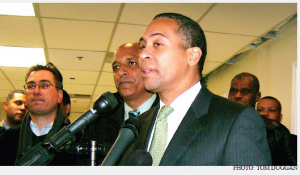 He also personally recruited Democrats to run for office almost all of whom won because of Lantigua’s support.

Lantigua didn’t just campaign for these Democrats, he gave them full use of his Essex Street campaign office, gathered his own campaign volunteers and supporters to man the phones and stuff envelopes and even supplied an army of campaign volunteers to hold signs for each of his preferred candidates.

Lantigua did break from the Democrat Party on rare occasions for personal friends, as he supported Essex County Sheriff Frank Cousins and State Rep. Paul Adams (both Republican).

Lantigua placed first while Dan Rivera placed second, sending both candidates to the November run-off election. It is not a minor footnote to point out that the candidate who placed third in that mayoral primary was none other than Marcos Devers.

Devers quickly endorsed Dan Rivera against Lantigua, resulting in Rivera defeating Lantigua by 84 votes. Rivera himself on election night said that he could not have defeated Lantigua without the support of Marcos Devers.

Because the race was so close, Lantigua called for a recount. The day he lost that recount, he vowed to get even with Devers saying he would run against and defeat him in the next State Rep. race. He also said that once that was accomplished, Dan Rivera was next on his list.

Though Devers received most of the credit for Rivera’s win, he also had the active support of Senator Elizabeth Warren (who made phone calls to voters), Congressman Niki Tsongas, former State Rep. Dave Torrisi, State Senator Finegold and most of the Democrats whom Lantigua had championed for reelection only a year earlier. 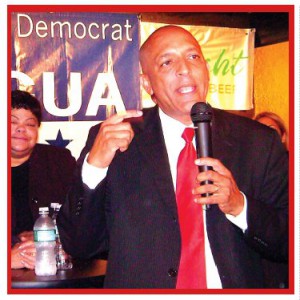 This year, former State Rep. and former Lawrence Mayor Willie Lantigua has left the Democrat Party again and is running as an Independent against Devers. If this was simply a one on one race, Lantigua would be a clear frontrunner. But this is not a one on one race. But this election for State Rep. is not just a contest between Lantigua (I) and Devers (D). Lawrence City Councilor Roger Twomey has entered the race as a Republican. 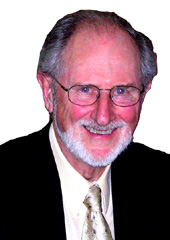 WILL THE REPUBLICAN SECURE A VICTORY FOR LANTIGUA

Twomey himself has a long history of getting between Lantigua and Devers.

In his role as Licensing Commissioner in Lawrence, he ran afoul of Lantigua when he inspected Adams Cyber Cafe in 2005 and cited them for illegally purchasing alcohol. The owner of the bar was a campaign contributor to Lantigua, sending Lantigua into a fury and demanding Towmey be fired. Twomey’s name was sent down to the Lawrence City Council with a recommendation by then Mayor Sullivan (whom Lantigua was allies with) for being “racist” and targeting “Latinos”.

Lantigua threatened to destroy any “Latino” city councilor who sided with Twomey, Marcos Devers being the main target of those threats. When Marcos Devers cast his deciding vote, he excoriated Lantigua calling HIM a racist and casting his vote not to fire Twomey. Devers then supported Twomey when he successfully ran for City Council believing he had earned an ally who could help the city fight against the Lantigua machine.

Much to the dismay of Marcos Devers, City Councilor Roger Twomey quickly became Willie Lantigua’s strongest ally. He supported almost every major initiative Lantigua put before the city council and was tone deaf to the corruption and political manipulations that were taking place in Lawrence City Hall.

With Twomey in the race as a third candidate, those voters in the 16th District will now be dividing the anti-Lantigua voters (50.1%) by two: Devers and Twomey.

Twomey and his supporters say that those numbers are irrelevant because he can get Lantigua voters to swap sides and push him over the top. For that to happen, Twomey would have to not only steal support from Lantigua supporters in Dominican neighborhoods, but he would also have to convince 10-15% of Marcos Devers core base of support to swap sides as well.

Lawrence Mayor Dan Rivera also believes that having two candidates going up against Lantigua divides the anti-Lantigua vote. Rivera has not only endorsed Devers, he has often said on the campaign trail “a vote for Roger Twomey is a vote for Willie Lantigua”. Rivera told The Valley Patriot that with Twomey in the State Rep., he is “hoping for another miracle, if Willie Lantigua gets elected to the Legislature it will be a public relations disaster for the city of Lawrence. People need to understand that there’s only one person who can beat Lantigua and that’s Marcos Devers. If Willie returns we are in for a long ride.”

During this election season, though Lantigua has left the Democratic Party and is running as an Independent on the November 4th ballot, all of his 2014 campaign signs say “DEMOCRAT” in all capital letters.