By ValleyPatriot on September 11, 2012Comments Off on HERO IN OUR MIDST Corporal Philip Cote, USAAF 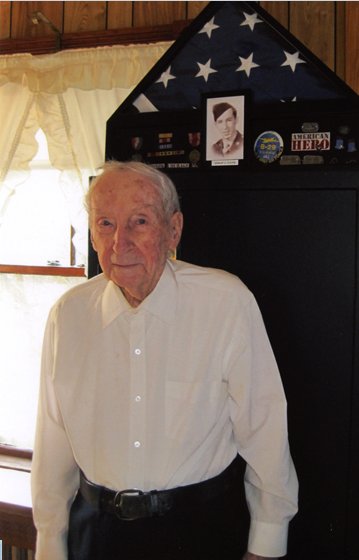 Corporal Philip Cote, U.S. Army Air Force—who will celebrate his 96th birthday on October 31—was an eyewitness to history on Tinian Island in the Pacific during World War II. Raised in a log cabin in Tewksbury, Mass., and now living in Dracut, he witnessed two momentous events: two B-29s—the “Enola Gay” and “Bock’s Car”—taking off for Japan on top-secret missions.

Philip served as master mechanic and crew chief for the revolutionary Boeing B-29 Superfortresses that first landed on Tinian in January 1945 and, by February 1945, were regularly flying bombing missions over Japan. He was assigned to a specific B-29 and, as crew chief, was responsible for its safe operating condition before it took off for the 10-hour flight over water to the Japanese mainland. He literally memorized the entire service manual to do his job, thanks to his extraordinary memory, knowledge and skill in mechanics, and ingenious mind. (He has eight inventions to his credit.)

Tinian Island is one of the three largest islands in the Marianas—along with Saipan and Guam—and is located 1500 miles south of Tokyo. From December 1944 to September 1945, Tinian played a crucial role in the final months of the war in the Pacific. It was the largest—and the busiest—airbase in the world. It had six 8,500-foot runways built specifically for the B-29s—four at North Field and another two at West Field. The B-29s brought WWII to an end just two-and-one-half months before the planned invasion of the Japanese homeland—an invasion that had cost America 5 million casualties.

Two events stand out in particular for Philip.

In the middle of the night at 2:45 a.m. on August 6, 1945, a huge B-29 Super fortress, the “Enola Gay,” piloted by Lt. Col Paul Tibbets, Jr., took off from North Field on Tinian Island. Only hours earlier, the heavy bomber had been towed very slowly over pit No. 1, where a 9,000-lb uranium bomb, “Little Boy,” 28-inches diameter and 120 in. long, had been hydraulically lifted into its specially designed bomb bay. Destination: Hiroshima.

It was an incredible sight. Philip remembers the two huge bomb pits that had been dug for the two atomic bombs: one to be loaded into the “Enola Gay” destined for Hiroshima, and the other—a 10,000-lb plutonium bomb named “Fat Man,” 60-inches diameter—to be loaded into “Bock’s Car,” destined for Nagasaki. He saw them take off on August 6 and August 9, respectively. In fact, he serviced one 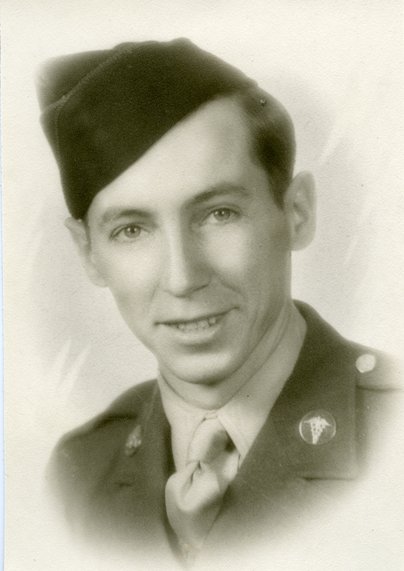 of the two bombers that followed the “Enola Gay.”

When Philip enlisted in the USAAF in 1942, he had his heart set on becoming an aircraft mechanic. Much to his chagrin, however, he was assigned to serve as a medic in the regular Army. “I couldn’t stand the smell of hospitals,” he said of his one-year tour of duty in Pensacola, Florida. With dogged determination, he took his appeal all the way to Washington. His persistence paid off, and he was reassigned to the Army Air Force and sent to Tinian.

“The heat was oppressive,” he recalls of the broiling semi-tropical sun that beat down on Tinian. “Temperatures climbed well over 100 degrees every day the whole time I was there. And I was there exactly one year to the day. During that time, it rained only one day!”

The ground crews on Tinian were recognized as the hardest workers on the base. “We worked around-the-clock, day and night, to get our B-29s ready for their next mission, sometimes fixing the plane’s engine from one raid while preparing it for its next mission. Our only rest came when the aircraft was away on a mission.” Philip was responsible for the engines, controls, and accessory systems. At best, he may at times have one assistant and perhaps a mechanic. He could call on specialists from the Service Groups for help whenever needed. Often working 24-hour shifts with little time for meals, Philip dropped in weight from 164 to 124 lb. The sun also turned his skin a deep mahogany color. “It took me two years before I lost my suntan,” he smiles.

It featured many “firsts” in American aviation. It was the first bomber to feature pressurized sections (separate sections for flight crew, gunners, and tail gunners). 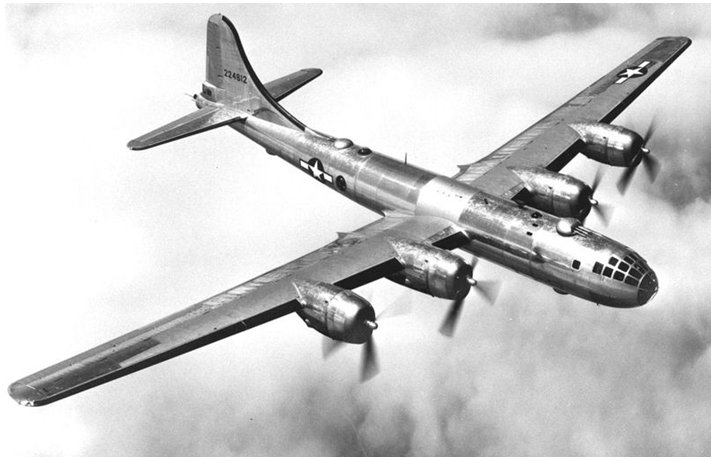 As a result, the crew chief had a heavy responsibility. “We often faced problems never faced before,” Philip said. Engines would overheat, catch fire, and crack—a tendency made much worse by the 100-plus degree heat on Tinian. Engine overhaul took more than a day to complete. Some engines almost never made it to the 100-hour mark. “We constantly had to change those big engines when they developed problems.”

In order to get at the giant engines, Philip had to remove the cowling (outer metal cover) by unscrewing numerous “quarter-turn” fasteners. He found a simpler, faster way to do this by modifying the design of the existing tool then had the machine shop on the base produce it to specifications. When the supervisor saw Philip using the new tool, he took it away. But a few months later, all mechanics on Tinian were using Philip’s new tool.

After the war, Philip and his wife Cecile raised their family—Tom (a Vietnam veteran), Carl and Philip Jr. who passed away at 10.

Philip worked for a Lowell textile mill. There he developed an air distribution system to clean textile looms still in use today, although by law his employer holds the patent. Other inventions include: a suction device for a hand-held auto vacuum using compressed air available at any gas station; a zippered vacuum cleaner bag. He even cut a 1939 Buick in half with a hacksaw, attached a plow to the back and used it to plow his farm.

Philip has escaped many close calls with death. Once while he was working on a B-29, and the co-pilot was sitting in the cockpit, a couple of bombs were accidentally released and rolled out near him. Fortunately, they were not “armed” and did not explode.

The long hours of exposure to the tropical sun on Tinian did wreak havoc. After his discharge from the military, Philip developed melanoma or skin cancer on his arms and back. He’s had 41 surgeries to remove these tumors. “Every single doctor told me, ‘you are an amazing man to survive all this.’ ”

When asked how he managed to overcome these trials, Philip points heavenward, to the Lord. His long, productive life is a testimony to his faith, work ethic, sense of duty and honor. “I’ve never sworn in my life,” he says proudly.

As the psalmist wrote: “He will call upon Me, and I will answer him; I will be with him in trouble, I will deliver him and honor him. With long life will I satisfy him and show him My salvation” (Psalm 91:15-16).

Helen Mooradkanian is our new Valley Patriot Hero columnist and a former business writer. She is also a member of the Merrimack Valley Tea Party, You can email her at hsmoor@verizon.net