By ValleyPatriot on March 1, 2022Comments Off on Hero John MacDonald Pt. II ~ the Revitalization of the Lowell American Legion Post 0087 – KANES CORNER 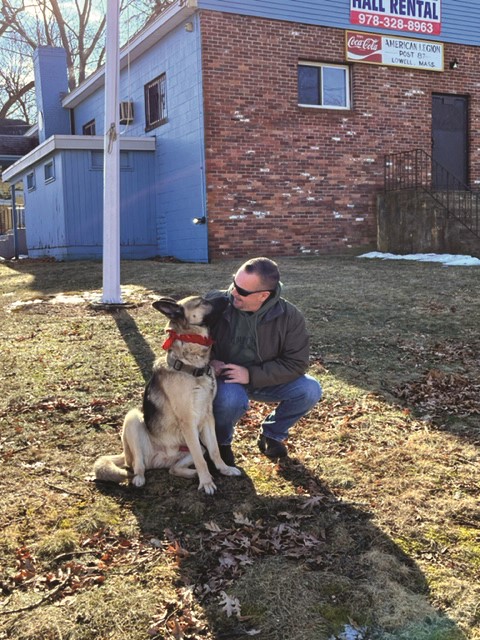 John MacDonald has recently been appointed as Commander to the Lowell American Legion Post 0087. Kane knows John MacDonald is no stranger to bringing Veterans together to connect over shared experiences. In fact, as a Desert Storm Veteran, he made a promise to himself to honor the fallen and stay aware of the needs of his fellow veterans.

The American Legion Post 0087 in Lowell, Massachusetts is working to revitalize its membership and attract a variety of men and woman veterans of different ages. Kane asked John what the first step would be, he said, “bringing people together to discuss their mission for the post. Giving members a say in the vision for the organization is a critical first step.” Kane thought what better person to do this than John MacDonald.

This is what Kane learned about the American Legion. The American Legion was chartered and incorporated by Congress in 1919 as a patriotic veterans’ organization devoted to mutual helpfulness.

Kane took out his laptop and learned from the American Legion Post 0087 Facebook page that the American Legion embraces all current and former members of the military and helps their transition to civilian life in their community. What this means is their members have contributed selflessly to something larger than themselves and inspire others to serve and strengthen America. Legion members uphold and defend the Constitution of the United States and honor veterans from past generations and the present generation never to be forgotten.

Kane realized that this is important and honorable work. He felt very lucky to meet John MacDonald. In fact, he may walk over and talk to John MacDonald again to see what else he could learn. Did you know there is going to be a meat raffle on Saturday April 9th from 12pm to 3pm. Kane couldn’t stop thinking about chicken and wondered if John also liked chicken. Maybe he could go there for a barbecue and have a chicken sandwich.

John explained to Kane that what motivated people to join the Legion in 1940 may not be what motivates members in 2022. One focus of the American Legion is to provide a place to gather to socialize with other veterans and veteran families. The first step is knowing that the Post exists and that veterans are welcome. Kane learned that many veterans are like minded in a strong interest in Civic Duty. John mentioned the importance of advocacy and meeting to have a local voice for veteran issues.

This may be advocating for political bills that help veterans in need, providing education to the community on veteran issues, and or direct assistance to veterans. Other ways people connect may be more social events such as barbecues and athletic event.

Part of the foundation building will be reconnecting to Ceremonies and the creation of an Honor Guard to mark the contributions of the Fallen on Memorial Day, honor the passing of local veterans, and Veteran Day celebrations. Acknowledging these important days provide an important common purpose for members as well as educating the public on the contributions of the fallen and the veterans walking among us in our community. Kane often attends Memorial Day and Veterans Day ceremonies. These ceremonies are humbling and remind Kane of how lucky we are to have our freedom due to the bravery of past and present service members.