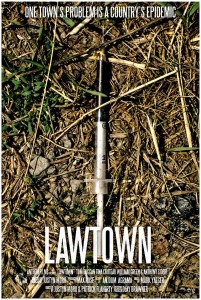 In December 2016, Justyn Moro, Patrick Flaherty, and Max Rose, alongside Anthem Films began producing a feature length film about the Heroin problem in Lawerence, MA. The team set out with an objective of finding a story amongst the chaos of the opioid problem in Lawerence. Justyn Moro spearheaded the creation of the documentary after having an emotional reaction over the death of a dear friend due to a overdose.

The film, LAWTOWN, was filmed over the course of the next year to tell the story of hope, redemption, and despair. Myself, Tom Duggan, and several others (Tina Croteau, William Green, and Anthony Sideri) became main characters of the film which is now in the final stages of post production.

A trailer and more details pertaining to the release of the film will be forthcoming.