By Tom Duggan on January 22, 2016Comments Off on Hollywood Star Steve Blackwood Coaches Local Actors at the Act Theater Company in North Andover 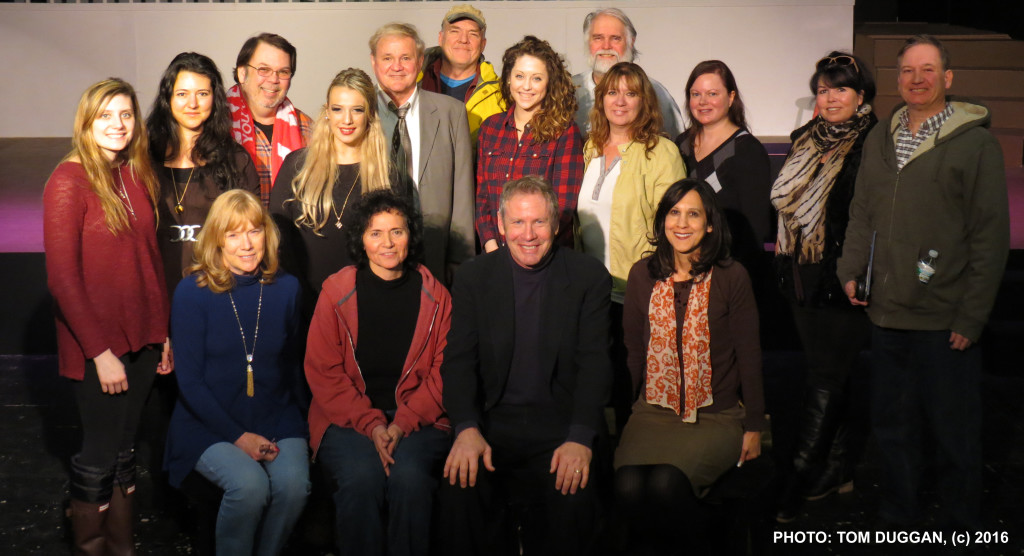 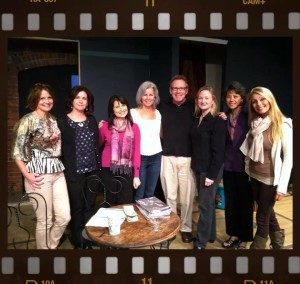 He’s a Hollywood actor, an author, a musician and a singer, but Steve Blackwood says his latest passion is teaching and he has started up his own actors studio in North Andover to teach local talent what it takes to make it in show business.

“It’s funny,” he said laughing. “When they initially hired me for the role, it was supposed to be a three day role for “Days of Our Lives”. I was supposed to be this bumbling henchman to Stefano DiMera, the bad guy. So, when they told me it was only supposed to be a day role, what I did was I start making Bart a wise cracking, funny-man character. I made him different and my three day role ended up as a 10 year main character role.”
“Then, after ten years they just killed off my character. I was shocked… totally shocked,” Blackwood told The Valley Patriot.

“So, the guy comes in and tells me ‘this is gonna be great, we are going to kill you off in a sword fight. It’s a big death scene.’ I didn’t think it was so great. After ten years on the show they were taking away my livelihood. They didn’t look at it that way, they didn’t really care about that, they just wanted the ratings from killing my character. That’s just how the business is.”

Steve’s wife Karen is originally from Nashua, New Hampshire. “She said if I ever get killed off and my evil twin never comes back on the show, we should go back east. She loves it here with the change of seasons and all. So, we came here to Newburyport and we love it.

LEARNING FROM THE BEST

Blackwood’s acting resume is extensive. Not only did he play a leading role on “Days”, he also played roles on several other major television series, such as: Quantum Leap, Judging Amy, NYPD Blue, The Nanny, Silk Stalkings. He also starred in feature movies such as Machine Gun Preacher, Ed Gein, Cedar Rapids, and Beyond the Mask.
Blackwood, who originally hails from Detroit, says he now wants to help teach upcoming actors the method he learned from famed method acting coach, Uta Hagen. Hagen studied under Lee Stasburg, “the father of method acting.”
“So, now what I really enjoy is working with local actors. There’s so much talent here in the area and very few opportunities to act, to study acting, to get acting roles.”

Blackwood opened an acting studio at 1632 Osgood St. in North Andover (the former Lucent Building) where he teaches and personally coaches local talent.

Blackwood said that he was doing some acting, coaching, and teaching at the Essex Art Center in Lawrence, but found it difficult to get people to attend because of the reputation of Lawrence. “True or not, that is the perception. So, we found this

People are used to going to comedies and musicals but I wanted to do more serious theater, dramas, plays, so when I found the Act theater company and I met Mark and Charles Gracey, I knew this was what I wanted.

The space on Osgood St. is an old industrial plant with the perfect space to support master class, but also staged readings. I thought, ‘Oh my God’ they do musicals and kids plays, but they were really open and wanted to make a change like this and start doing serious theater. I don’t want people to come out for a show and it’s the same old “Annie” or “Grease”. Now we are looking at doing “Twelve Angry Men” and other dramas, different types of theater, so there’s an alternative. I think there’s a real hunger for original, local theater, and professionally done local productions.

Blackwood is encouraging any and all local actors, writers, directors, producers and those interested to come out and audit his class, take his class and learn from someone who learned from the best and has the credits to prove it.

NEXT MONTH: SUCCESS IN ACTING IS 80% NETWORKING AND 20% TALENT… BUT YOU HAVE TO HAVE THE TALENT TO NETWORK!

Starting in 2016, acting teacher Steve Blackwood will now be teaching his popular Masterclasses at the ACT Theater in N Andover (1632 Osgood St., N Andover 01895). ACT Andover was founded in 2008 by 2 veteran stage performers, Artistic Director Charles Gracy and Executive Producer Mark Gracy. The non-profit theater company’s goal is to provide quality live theater to the Andovers and surrounding communities as well as striving to an outlet for seasoned performers and new talent. Along with the company founders, Steve will be co-producing a new series of staged readings that culminate from the best of the work done in the Masterclasses.

STEVE BLACKWOOD, formerly of DAYS OF OUR LIVES, is now appearing on screen in BEYOND THE MASK with John Rhys-Davies. Countless TV and film credits include MACHINE GUN PREACHER and CEDAR RAPIDS. Steve has recently appeared in OLEANNA at the Daly Theater in Boston and has won the ANDES REGIONAL THEATER AWARD for BOEING BOEING (Meadowbrook Theater, Michigan). He is also a National Jazz recording artist (CASABLANCA /NY) and author (THE STEVE BLACKWOOD SESSIONS). In addition, Steve was a Professor of Dramatic Art at both HILLSDALE and OAKLAND UNIVERSITY in Michigan and has guest lectured at MICHIGAN STATE, ENDICOTT, UNH and BOSTON CASTING. Steve studied with Uta Hagen at HB STUDIO in NY and Milton Katselas at the BEVERLY HILLS PLAYHOUSE in LA.
www.steveblackwood.com