By John MacDonald on May 29, 2014Comments Off on Hotels, Lowell’s Path to Prosperity? 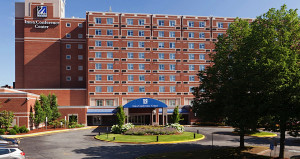 Over the last month in Lowell, the seeds of a transition into the world of commonsense seem to be finally taking root. Several issues have cropped up that liken the City of Lowell to the stock market. It’s as if Lowell is going through a bit of a market correction. A new found focus by the Lowell City Council, the new Mayor and City Manager on making Lowell a true destination city are thankfully beginning again, after a hiatus over the last few years. Many people, such as Deb Belanger, President of the Greater Merrimack Valley Convention and Visitors Bureau have been beating the hotel drum for years. Her consistent message is for a new hotel to accommodate visitors, which would turn Lowell into a true destination city.

Currently the City of Lowell has a vast network of attractions in its downtown that any city across America would be envious of. However what the City of Lowell lacks is a large hotel reinforced by a network of boutique hotels that could support a bevy of destination style events. It’s not a mystery to some as to why Lowell’s downtown has been experiencing a regular stream of vacant store fronts, lack of retailers and restaurant closings. Some point to Lowell High School’s current location as to the reason the downtown suffers, while others see Lowell lacking basic hotel room accommodations to support its network of entertainment venues as the reason why the downtown area suffers.

Currently when Lowell hosts an event, other than sparse few options, visitors are forced to find accommodations fifteen to twenty minutes away in Tewksbury or Andover. How many hotel rooms would be filled if visitors attending the many concerts, sporting events and festivals Lowell provides, knew hotel rooms existed and were close to the event they just attended? Imagine the bevy of retailers that would be attracted to opening a new storefront in downtown Lowell, if they knew a network of hotels would send streams of people into the downtown on a daily and nightly basis? Common sense tells us many businesses would be tempted, because retailers understand the basic formula of people equal sales. Retailers understand that a captive audience of people with disposable incomes, walking the streets of Lowell, will put money in their pockets.

Imagine the sales, room and food taxes that would be generated from people staying in downtown Lowell as a result of a vibrant travel economy supported by a hotel network. Lowell’s downtown scene during the summer is generally quiet; however what the benefits of a hotel network could provide to retailers and restaurants is priceless. One thing that would transition Lowell into a true destination city is it being marketed as a convention city. Conventions and the people who plan them, look for warm destinations that will not only accommodate a large number of people, but that will also provide their attendees with a variety of interesting things to do and see. Those who’ve sought a walkable city should see the benefit of a hotel network providing people places to walk to and from.

The City of Lowell has a long list of attractions and history that is the envy of many cities across America. Home to the Industrial Revolution, Lowell’s history is clearly displayed by the Lowell National Historical Park. The Lowell Spinner’s, Class A affiliate of the Boston Red Sox, concerts at the Tsongas Arena and the Lowell Memorial Auditorium are real attractions. How about the dining experience at La Boniche, Ricardo’s or classic restaurants like the Athenian Corner? Breakfast at the famous Owl Diner? Wouldn’t visitors like to stay in the atmosphere and action created during the Lowell Folk Festival? Turning a one day event visit into a three day event stay or vacation? How about the winter? Doesn’t Division 1 UMass Lowell Riverhawk hockey attract a few people to the downtown? Winterfest in Lowell could really blossom into something if Lowell had rooms to attract a large amount of people who like to have fun and then stay in a safe hotel room after indulging in the night’s festivities.

The elected and hired leadership in Lowell have given the theories of a visiting urban planner a try. Some ideas have worked, while many ideas have not. The patience of current Lowell businesses and residents who live in the City, with a desire to see it prosper have heard and waited for ideas long enough. Back in November the people of Lowell voted in a municipal election looking for action. Action is what Lowell wants. It appears as though Lowell’s leadership is listening and has waited long enough as well.