By ValleyPatriot on December 29, 2015Comments Off on House Passes Public Records and Solar Legislation – Both Need Changes in Senate 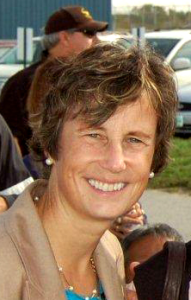 Before Thanksgiving, the Massachusetts House passed two important pieces of legislation. One of these bills will make significant changes to our antiquated public records law. The other will lift the cap on solar energy production to take advantage of existing solar projects and expiring federal tax credits. Both bills are important steps in the right direction, but both need changes and additions.
First, as you probably know from reading The Valley Patriot, Massachusetts public records law is among the weakest in the nation and has not been measurably changed in over 40 years. As a cosponsor of The Valley Patriot’s reform bill, I have fully supported this effort to update our laws as this public records reform has moved through the legislative process.
The Bill that passed the house takes measures to make access affordable, ensures that requested public records are delivered in a timely manner, and designates a responsible Records Access Officer in each municipality and state agency. Most importantly, it allows for the Attorney General to step in when information is not provided in a timely manner.
Despite these changes, I am sympathetic to the argument made by a number of experts and observers that the timeframes for responses to public record requests are too long in this bill, and that the window for appeals when records are denied is far too short to be reasonable for average citizens.
I believe we will see modifications in the Senate where the bill rests to be debated upon. There will be a need to iron out differences between the House and Senate.
The House also sent legislation to the Senate, lifting the solar cap which will allow for a predictable and stable framework for the growth of the solar industry in Massachusetts. This legislation was needed to ensure that Massachusetts takes advantage of all the federal credits available and to ensure solar projects already underway in many communities are completed.
This bill will ensure the Commonwealth’s role as a leader in solar energy production while protecting ratepayers who cannot take advantage of solar energy installations. Unfortunately, this bill is not a comprehensive energy plan incorporating all forms of energy. It is very important that we develop a more broad-based strategy as we phase out Yankee Pilgrim nuclear power plant in Plymouth and work to bring down high-energy costs in Massachusetts. I am confident that the governor and legislative leaders are concentrated on bringing forward a comprehensive energy package during this session.
State Representative Campbell represents Methuen and Haverhill and serves on the Committee on Ways and Means and as the Vice Chair of the Public Safety and Homeland Security Committee. She can be reached at: Linda.Campbell@mahouse.gov/617.722.2340 or at representative.linda.campbell@gmail.com/978.989.0722