How can we TEST to see if I have a GLUTEN sensitivity or GLUTEN related health issues?

By ValleyPatriot on February 23, 2014Comments Off on How can we TEST to see if I have a GLUTEN sensitivity or GLUTEN related health issues? 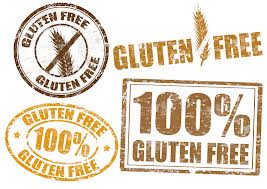 What if your path to a better quality life is avoiding food that is killing you and your family?

Gluten is one of the biggest culprits in causing chronic health issues such as fibromyalgia, thyroid issues, chronic fatigue, and Irritable Bowel that I see in my office. Therefore, it is EXTREMELY important to be tested properly for gluten sensitivity. People who have chronic health issues may have already been tested for gluten and the results may have came back negative; the problem is that most methods of testing for gluten traditionally done from saliva or stool may only test for alpha gliadin and 1 isomer of transglutaminase, but many people can react to any of the 10 other particles of the breakdown of gluten, including wheat germ agglutinin. In our office, we run a food sensitivity test from a lab called Cyrex Labs which tests all components of wheat and gluten as well as 24 other foods that may be cross-reactive.

Gluten isn’t just a fad diet…Gluten is being recognized as a contributing factor to many of the chronic conditions we are being faced with as a society.

So what is gluten anyways? Gluten is the protein in wheat, barley, rye and oats. The reason that so many people across the country are gluten-sensitive is that we’ve been eating genetically-engineered wheat since the late 1940’s. Our bodies were not made to eat genetically-engineered wheat. Our bodies were not made to eat chemicals and that’s exactly what we are consuming! If you are sensitive to gluten, it will cause your immune system to attack your body, whether it’s your thyroid, your joints, your pancreas, or elsewhere. This sensitivity leads to chronic gut inflammation and absorption issues of proper nutrients; and in time poor health.

It is estimated that just under 1% of the US population is sensitive to gluten due to celiac disease. Most people I work with in my office are under the misconception that only those diagnosed with celiac disease should steer clear of gluten. The reality is that over 90% of the patients I see with chronic health issues are sensitive to gluten in some form and must make dietary changes in order to resolve their symptoms and change the quality of their life.

In order for you to be healthy, one of the best things that you can do is to avoid gluten at all costs. Also, people who are gluten sensitive are usually addicted to grains and will go through withdrawal symptoms when going gluten free, so be patient and give it a few weeks after making the switch to a gluten free diet. Your body will thank you.

Not all tests for Gluten are created equal. While most tests only test for the Alpha Gliadin protein and/or the Transglutaminase enzyme, wheat is much more complex. Our office uses multiple tests for Gluten sensitivity however Array #3 from Cyrex labs is the most thorough. Many people have been tested for Gluten by their doctor and it comes back they tested negative to the Alpha Gliadin and Transglutaminase enzyme, after testing a more complex panel like Array #3 many find that they truly have a Gluten sensitivity. Below is a breakdown of a true Gluten Sensitivity test.

The general term, gluten sensitivity, describes the fact that your body’s immune system is producing cells called ANTIBODIES against one or several components of wheat grain! These antibodies are capable of finding and attacking wheat or any of wheat’s constituents, and they all have different names, depending on the piece of the puzzle they are targeting.

The wheat grain is broken into two subsections. One of them is the gluten protein. The gluten protein itself is further broken down into two parts, gliadin and glutenin. Classically, only ONE antibody, Alpha Gliadin IgA, was tested for! This is why you may have been “tested” for gluten sensitivity in the past and told you were negative! Alpha, gamma, and omega gliadin refer to the different varieties of the gliadin molecule. The numbers, 33 & 17 MER, simply refer to how each molecule is arranged chemically. Glutenin is the other part of the gluten protein, and antibodies can be formed against it as well.

The other subsection to the wheat grain is the lectin. Lectins are highly destructive molecules that are capable of perforating holes in the cells lining our gut and causing leaky gut syndrome all on their own! Wheat germ agglutinin is the specific lectin found in wheat, especially sprouted or whole wheat and can cause clumping of red blood cells, causing symptoms like cold, painful extremities, joint deterioration, and inflammation. Lectins can be found in other foods as well, such as the nightshade plant family, legumes, dairy, and more.

Transglutaminase is the enzyme made in our bodies whose job is to digest gluten. It is possible for our bodies to be so confused that the immune system will make antibodies against our own enzymes. These four antibodies are highly associated with auto-immune disease and can be found in locations other than the gut, such as the liver and muscle.

Prodynorphins are the basic building blocks of chemicals called endorphins (the “feel good” molecules) and neurotransmitters (messengers between neurons in the brain). It is often the case in auto-immunity and gluten sensitivity that the body will make antibodies to these important molecules and cause a lack of neurotransmitters and endorphins in the brain. Lack of these important chemicals will cause symptoms like anxiety and depression, memory loss, and increased pain sensation. Long term lack of these chemicals can lead to drug addictions and neurological disorders.

Gluteomorphins are opiod-like chemicals that are formed during digestion of the gliadin portion of the gluten protein. They are capable of binding to the same receptors in the brain that heroin binds to! This can cause an actual addiction to gluten. If positive for these antibodies, eliminating gluten from the diet may cause initial withdrawal-like symptoms that last 1-2 weeks.

Glutamic acid decarboxylase, or GAD65, for short, is a pre-cursor to an extremely important neurotransmitter in the brain called GABA. This neurotransmitter is “inhibitory,” meaning that it “calms down” areas of the brain that cause excitability, anxiety, irritability, and restlessness. Having antibodies against GAD65 can cause these symptoms and may also lead to type I diabetes.

The question is should I be tested? My answer is if you have chronic health issues suspect certain foods to be and issue the your should be tested.

Dr. Jin Sung is a chiropractic physician who helps his patients both neurologically and metabolically to solve complex health issues. He can be reached at 978 688-6999. Or visit his website at www.DrJinSung.com