By ValleyPatriot on July 1, 2014Comments Off on How Hypnosis is used in Medical Procedures 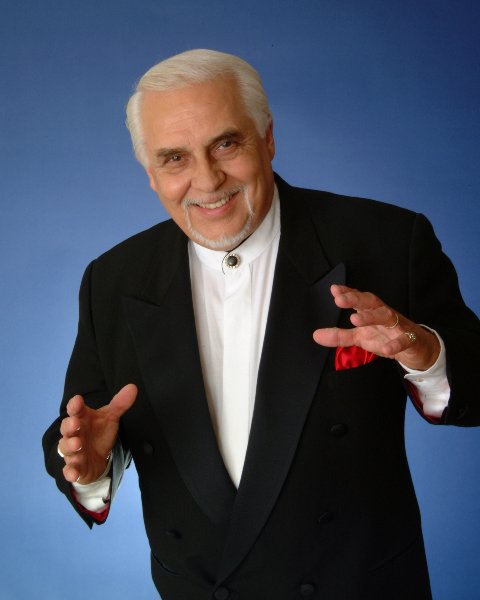 In my 44 years in the hypnosis field, I have worked with the medical community in various categories such as painless childbirth, dentistry, pre-operative and post-operative conditioning and helping people cope with the fear of surgery.

The conscious mind is the one you think with, while you are awake. It is analytical, critical, makes decisions and contains your will-power. However, this mind shuts down completely when we fall asleep. We are unconscious.

The subconscious mind is literal and acts much like a computer….it does not analyze but only store EVERYTHING we have ever touched, smelled, seen tasted and heard from the moment we were born. This mind contains the ANS (Autonomic Nervous System) which controls our heart beat, our lungs breathing, our eyelids going up and down ……………… EVERYTHING IN OUR BODIES IS UNDER THE CONTROL OF THE SUBCONSCIOUS MIND. It is so powerful that it can override the conscious mind every time. It also has your memory bank, your beliefs, any phobias and so much more….it is a vast COMPUTER.

One of the greatest quotes I ever heard was this: “THE HYPNOTIST GIVES YOU THE SUGGESTIONS BUT YOU MUST HAVE THE DESIRE FOR THE SUGGESTION TO BE ACCEPTED AND WORK!”

Psychologists have made this analogy: “THE CONSCIOUS MIND IS LIKE A DROP OF WATER IN THE OCEAN…………AND THE SUBCONSCIOUS MIND……………………IS THE OCEAN!”

Do you know why most people cannot stop smoking with shear will-power? It is because the subconscious mind has ATTACHED PLEASURE TO SMOKING and will not allow it to happen until the hypnotist reaches the subconscious mind and changes the behavior. This is, of course, a rather simple explanation of the workings of our two minds.

I have actually developed suggestions given under hypnosis to clients that went into surgery recently.

A lady (Let’s call her Susan, a fictitious name) came to my office and she was terrified because she had to have a lumpectomy to remove the cancer from her breast. I calmed her down and did a session with her at which time I made her a cassette tape that had very specific suggestions for her well-being. I told her to take the tape player to the hospital.

In the relaxed hypnotic state, I gave her these suggestions: “Susan….I want you to have total confidence in your professional medical team….the doctors and nurses that will take good care of you. Listen to this message every night and just before you enter the operating room. My message will keep you CALM, RELAXED, CONFIDENT, REFRESHED AND SLIGHTLY HUNGRY. You will feel this way before during and after your highly successful operation. You will be healthier and healthier everyday.”

When we finished the hypnosis session, she asked if I could be with her during the operation. I told her that, with her doctor’s permission, I would be happy to be there for her as I would be in the Boston area that day and all she had to do was to call my cell phone.

Well, she didn’t call and I was a bit concerned. About 5 days later, she called and said “Jerry I didn’t call because the taped message worked perfectly!” I am thrilled and everything came out just fine….and I did not get sick when I came out of the anesthesia. That conversation was so uplifting for me….I was so happy for her.

Some years ago, I had a lady call me about her son who desperately needs dental work on 15 abscessed teeth. The problem was that when the dentist (Dr. Parthum) gave the boy Novocaine, he had a reaction to the drug and they decided that he could not take and anesthetic ending in “Caine.”

So, as a last resort, she called and asked if hypnosis would work for her son’s dental procedure.

I worked with the boy several times in my office and he responded very well. So, we decided that I would be sitting next to him for the entire procedure. What the dentist did for about 2 hours was root canal and the restoring or filling the 15 teeth.

During the 2-hour procedure, I continued the hypnotherapy with the boy who endured the dental session with no anesthesia and just a bit of discomfort. The event was successful and was on the front page of the Lawrence Eagle Tribune.

I was called in to do a painless childbirth in a Worcester Hospital at 4am some years ago. I had previously hypnotized this lady and got her prepped for the delivery of her baby. We decide that she would imagine herself in a beach scene and completely divorced herself from the procedure.

While the doctors and nurses went about their procedure, I sat next to the lady and talked her through an imaginary beach scene. What I did is to train the person to make her body numb and anesthetic from her waist down through her knees. It is similar to the numbness that you feel when a dentist has injected your gums with Novocaine. She felt very comfortable until the last few minutes of delivery whereby the doctor gave her a very minimal injection of a local anesthetic. Local anesthetics can be used in conjunction with hypnosis at any time during the procedure.

This made the front page of the Worcester Telegram with this title “HAVING A BABY IS LIKE SPENDING THE DAY AT THE BEACH.”

Recently, I had a lady who called and told me that her 17 year old daughter was planning on attending college and needed to have some blood work done. The problem was that her daughter was terrified of needles and would have a panic attack by just looking at one. She could never tolerate a syringe piercing a vein in her arm.

The mother came to my office with her daughter (a client under the age of 18 must be accompanied by a parent or guardian). After testing, I decided that she would be a very good subject and, in the interview, could not discover why she had this needle phobia. My conclusion is that it was a “Surface-not deeply seated problem”.

Before I proceeded with the hypnotherapy, I showed her a syringe and she started to panic which I quickly attended to and she calmed down as I put the needle away.

While in the hypnotic state, I gave her suggestions to be more confident, to have no fear of needles because the needles actually would help her get whatever needs to be done for college. I told her that she would be so confident that she could actually watch the needle go into her vein and would experience no more than a tiny “pinch.”

Upon emerging form the hypnotic state, I presented a needle and she not only held it, she took the cover off and touched the shaft itself. The mother, who watched the entire session, was amazed. The daughter was cured and no longer has that phobia.

I had a lady client who had esophagus cancer and could not eat solid foods….only liquids.

After the session, she went home and her sister called and told me that she was able to eat some toast and coffee………………they we thrilled. I was thrilled for her also.

If anyone needs a surgical procedure, remember these words: “ I FEEL CALM, RELAXED, CONFIDENT, REFRESHED AND SLIGHTLY HUNGRY.” This will negate most patients coming out of anesthesia and being nauseas. You cannot be nauseas and hungry at the same time.

THIS HAS WORKED FOR MANY OF MY CLIENTS.

To contact Jerry Valley you can email him at Jerryvalley007@aol.com