By Dr. Charles Ormsby on March 26, 2015Comments Off on I’m Pro-Semite ~ THINKING OUTSIDE THE BOX 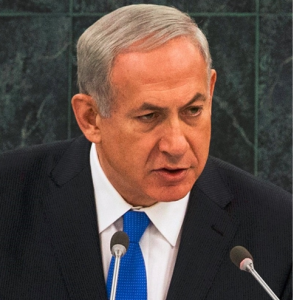 When battle lines are drawn on matters that impact individual liberty, it is important that those who seek to defend liberty stand up and declare their allegiance.

There has been a shocking resurgence of anti-Semitism (the prejudice/hatred of Jews as a national, ethnic, religious or racial group) over the last decade.

Although inexcusable, we have become accustomed to anti-Semitism in the Muslim/Arab world. What is most shocking is the growth of anti-Semitism in Europe where first-hand memories of the holocaust still exist for many and knowledge of the horrors are shared by nearly everyone.

Jonathan Sacks, in a Wall Street Journal article entitled “Europe’s Alarming New Anti-Semitism” (October 2, 2014) reports on the increase in attacks on Jews and the growing fear shared by many Jews that they will not be able to live in peace if they remain in Europe. Sacks reports that “A survey in 2013 by the European Union Agency for Fundamental Rights showed that almost a third of Europe’s Jews have considered emigrating because of anti-Semitism, with numbers as high as 46% in France and 48% in Hungary.” After the recent attacks in a kosher supermarket in Paris and a Synagogue in Copenhagen, the concerns of Jews must be even greater.

It is likely that the increase in the frequency of attacks on Jews in Europe is largely driven by the increase in the European Muslim population, a population that has been inculcated with an anti-Semitic virus. Liberal immigration policies coupled with the higher birth rates that prevail in Muslim communities and the lack of cultural integration are a recipe for a growing catastrophe.

We should not brand all European Muslims as anti-Semitic, but there are very few reports of public renunciations of anti-Semitism by Muslim communities or their leaders. Where are the marches in Muslim districts denouncing anti-Semitism? Or the candlelight vigils in support of Jewish victims of Islamic terror attacks?

News reports of the recent anti-terrorism march in Paris went out of their way to note the presence of President Mahmoud Abbas of the Palestinian Authority and to quote a Pakistani marcher who works in London. They should be applauded for their participation, but their attendance cannot mask the lack of Muslim outrage at the attacks. We are all aware of Obama’s disgraceful snubbing of this important demonstration.

The increase in terrorist attacks and the increase in the frequency of overt anti-Semitic incidents are not the only troubling signs. Our president seems to go out of his way to avoid confronting this trend and rarely if ever demonstrates uncompromising support for Israel. Instead he seems intent on showing contempt for Israel and for President Netanyahu. It is no secret that Israel feels that it has been abandoned by Obama and that it cannot count on America’s support if attacked.

The disgraceful Iranian Nuclear Talks are a threat to the very existence of Israel. The U.S. and European representatives at the negotiating table are literally negotiating away Israel’s future and Israel has little (really no) say in the outcome. Would you be nervous if your right to life was being negotiated by “friends” you couldn’t trust and a rogue nation that has publically sworn to annihilate you?

So Israel’s leader, Prime Minister Benjamin Netanyahu, is coming to America to speak before a joint session of Congress and plead for Israel’s life. It appears that President Obama will refuse to meet with him. Vice President Biden is searching madly for a reason to be out of town. Several Democrat Congressmen are planning on boycotting Netanyahu’s speech.

The reason offered for boycotting Netanyahu’s address is that Congress didn’t follow protocol when inviting Netanyahu. This pathetic excuse was blown apart by Alan Dershowitz in his OpEd in the Wall Street Journal “The Appalling Talk of Boycotting Netanyahu” (February 24, 2015). Two paragraphs of this article summarize his case:
“Under the Constitution, the executive and legislative branches share responsibility for making and implementing important foreign-policy decisions. Congress has a critical role to play in scrutinizing the decisions of the president when these decisions involve national security, relationships with allies and the threat of nuclear proliferation.
Congress has every right to invite, even over the president’s strong objection, any world leader or international expert who can assist its members in formulating appropriate responses to the current deal being considered with Iran regarding its nuclear-weapons program. Indeed, it is the responsibility of every member of Congress to listen to Prime Minister Netanyahu, who probably knows more about this issue than any world leader, because it threatens the very existence of the nation state of the Jewish people.”

Obama and a handful of Democrats have diminished the long-standing commitment that America has made to Israel and in the process has weakened our national resolve to fight anti-Semitism.

After the liberation of the Nazi death camps at the end of World War II, the Western nations loudly proclaimed: “Never again!”

Have we forgotten so soon? Has our resolve been weakened? Will Obama bless Iran’s development of nuclear weapons? If not immediately, then in accordance with a 10- or 20-year timetable as currently being reported? Since when did “never” become 10 or 20 years?

It is time to stand up and declare our allegiance to individual liberty. And that includes Israel and the Jews. Never means never.

So in response to the anti-Semites that are crawling out of their holes, I proudly declare myself a pro-Semite.
I hope America follows suit. We cannot endorse Obama’s moral ambivalence. America cannot sit idle while Islamic extremists pursue a second holocaust.