By ValleyPatriot on January 24, 2016Comments Off on In Pursuit of Public Records Reform ~ IN YOUR CORNER WITH SENATOR IVES 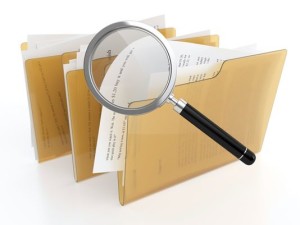 At the onset, Senator Jason Lewis filed S.1676, which along with H.2772, filed by Representative Peter Kocot, formed the basis of H.3665, “An Act to Improve Public Records.”

H.3665 would require every public agency to designate one or more Records Access Officers who would have custody of all public records and would serve as the primary liaison between the agency and the requesting individual or organization. Secondly, agencies would be required to either make records available online or provide records to the requester in electronic form, as opposed to printed reproductions. Thirdly, this legislation would reduce the cost of acquiring public records by ensuring that fees charged by a public agency do not exceed the actual cost of the materials used and labor expended to complete the request. Record requests would also have to be honored within 15 days of the original request. When an officer or employee refuses or neglects to produce public records for a requester after 15 days, a civil fine of $20 per day would be instituted for the first 30 days of such refusal or neglect, and $50 per day for every subsequent day. Finally, this bill aims to ensure agency compliance by allowing courts to award attorney’s fees to a requester who seeks a judicial remedy for an improper denial of access to records. This bill was given a favorable recommendation by the Joint Committee on State Administration and Regulatory Oversight on July 16, 2015.

A public records reform bill I filed, S.1700, “An Act Relative to Obtaining Information,” is similar to Section 7 of H.3665. The language contained in my bill would institute a penalty should the custodian fail to comply with an order from the Supervisor of Records within 30 days and the custodian would be charged $50 per day beyond the 30-day timeframe if public records are not produced.

Most recently, the Massachusetts House of Representatives passed a public records reform bill at the end of the 2015 legislative session. This bill is H.3858 and aims to control the cost of obtaining records by setting a set cost of five cents per page for paper copies versus the “actual cost” standard in H.3665. The House-approved bill allows up to 60 days for the state and 75 days for a city or town to satisfy a request. H.3858 includes a penalty ranging between $1,000 and $5,000 should a court find a custodian of records acted maliciously or in bad faith, versus attorney fees should or a per day fine on refusal or neglect to furnish requested records.

The Senate will debate the public records bill this winter and I will continue to advocate for a bill which results in strengthened government transparency and fair and reasonable public access to public records.