By Tom Duggan on September 29, 2015Comments Off on IN THE GROOVE w CINDY ANNIS ~ The Beach Boys! 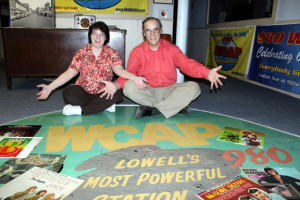 In 1961, three brothers, with a cousin and a friend from Hawthorne, California formed a group that would forever define summer.

The original members of the Beach Boys were brothers Brian, Dennis, and Carl Wilson with their cousin Mike Love and friend Al Jardine. Brian, was the oldest of the three. He first started singing at age three. Listening to the “Four Freshmen”, Brian learned how to harmonize, and taught his brothers how to sing. The boys would sing three-part harmony in their bedroom to help them fall asleep. Singing was a way for the boys to calm down after a confrontation with their abusive father, Murry Wilson. In 1959, the three brothers with their cousin performed in public for the first time at a talent show. In 1961, while Brian was going to school, he found his friend Al Jardin and asked him to join the group.

On October 3, 1961, the group, who first called themselves the Pendletons, released their first song called “Surfin”. Candix records produced the song, but changed their name to The Beach Boys. After the song became a hit, The Beach Boys needed help making records. Feeling desperate, Brian asked his father Murry, to be their producer. He agreed. 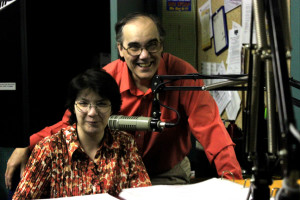 In 1963, they released three LP’s. “Surfer Girl,” my favorite, went to #7 on the Billboard charts in August.

While they were on their first international tour, the Beatles came to town.

Brian Wilson felt threatened by the Beatles. They had the top three spots on the charts in 1964, and the Beach Boys had #5 with “Fun Fun Fun.” Brian Wilson rushed back into the studio to write more songs. With the band’s stress levels up, Brian and Murry had a fight in the studio that would lead to Murry being fired and Brian taking over.

The task of being a performer and a producer was too much for Brian. In 1964, while the band was on tour in Texas, Brian had a nervous breakdown. When the band came back to Los Angeles, Brian let them know that he wouldn’t travel with the band anymore.
With time on his hands, Brian got into drugs. Pot and LSD would force his wife to leave him in 1965. She would come back under conditions of no drugs. That same year, the Beatles released “Rubber Soul”.
Brian Wilson had an obsession with being better than the Beatles. He decided to create an album called “Pet Sounds”. He had session musicians on all of the tracks. The other Beach Boys only sang on “Pet Sounds”. It took 10 months and $70K to produce.

The 1970’s were slow for the group. They didn’t record any new songs. Drugs, alcohol, and fighting hurt the band. By 1979, Dennis was fired from the band due to his addictions.
On December 28, tragedy hit the Beach Boys. Dennis Wilson jumped off a boat into very cold water while under the influence of drugs and drowned.

In 1988, The Beach Boys were inducted into the Rock & Roll Hall of Fame. Later that year, after not having a hit record in years, “Kokomo” went to #1 on the charts. The music of the Beach Boys will never be forgotten.

Tune into Cindy’s Vinyl Vault on 980 WCAP to hear the best songs from the Beach boys and your requests. Join our Facebook page at www.facebook.com/cindysvinylvault. You can also email us at cindysvinylvault@gmail.com. Remember, it’s not how old it is, but how great it sounds!