IN THE GROOVE with Cindy Annis

By ValleyPatriot on August 3, 2015Comments Off on IN THE GROOVE with Cindy Annis 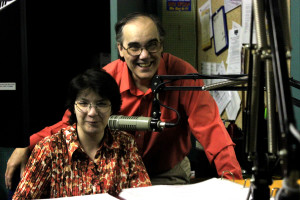 For those of you who listen to 980WCAP in the evening, you may have noticed a new music show on three nights a week. The show is called Cindy’s Vinyl Vault. On the show, we play the best songs from the late 40’s, the 50’s, 60’s, and mid 70’s.

Hello, my name is Cindy Annis, I’m the host of Cindy’s Vinyl Vault. My radio name is Vinyl Girl, but you can call me Cindy. I’m not just the host of the show, I am a producer for numerous other shows that air on WCAP including Paying Attention with Tommy Duggan, Beneath The Surface with Paul Murano, and Hot Line with Bob LeBlanc, to name a few. Born and raised in Lowell, I attended Lowell Public Schools starting in 1991 and stayed there until 2005 when I graduated from Lowell High School. With a tremendous amount of support from my family, I went to Middlesex Community College to begin my studies in Communications. In 2011, I graduated from Middlesex receiving an Associate in Liberal Studies.

When I was young, there were three radio stations in Lowell that played oldies music. WLLH and WSSH shared their space in the “Giant Store” building and of course WCAP is the only one that is still going strong with talk, sports, and oldies in English.

My introduction to a round black thing with one groove, called a record, was when I was two years old. My brother and sister made me stop crying by playing records. They would play records for hours to keep me entertained. As I got older, I started reading sleeves and labels and took notes. Whenever I got money from a birthday or other occasion, I would spend it at record stores. We’d go to yard sales and buy boxes of records and this started my record collection.

To get the best sound quality from the older records, I clean every record I receive from a record store or yard sale. A good friend showed me that 90% rubbing alcohol and a velvet cloth can be used to remove the deep dust from a record to make them sound great, again.

I started my radio journey in 2008 as an intern at 980 WCAP. The internship was totally interactive. I wasn’t just sitting reading a book, or watching a demonstration, I learned to run the technical equipment hands on with my good friend “Wireless” Mike Flynn. My early days at WCAP were very pleasant and the crew and the staff made my learning experience a success.
Cindy’s Vinyl Vault isn’t a one-person show, my co-host is Peter Annis. Peter is my Father. He also grew up in Lowell. Peter has a lot of personality. When he was a kid, there was music playing in the house all the time. Rock n’ Roll records weren’t the only source of music in his house, though. He is one of thirteen children, and everybody plays a different instrument.

Let’s talk about the show for a bit. We go live every Sunday night at 10pm til midnight, Monday night 11pm til midnight, and Wednesday night 10pm til 11pm, and we will be growing as the weeks progress. Some of the artists that we play are Tommy Dorsey, Frankie Valli, Nat King Cole, and Chicago. During every show, you are invited to call in a request or dedication at 978-454-4980. Join our Facebook page HERE.

There, you’ll be able to listen to past shows commercial free. So until next month, remember it’s not how old it is, it’s how great it sounds.

If you would like to send us an email our address is cindysvinylvault@gmail.com.