By Tom Duggan on October 19, 2020Comments Off on Kane is Reader’s Choice to Replace Freddie in The Valley Patriot ~ Winston to Have Major Role

In July our Valley Patriot mascot Freddie, of “Freddie Says” (sponsored by the Daily Dose Cafe in Lawrence at Sal’s Riverwalk) passed away from the China Doggie Virus.

The Valley Patriot put out a call on Facebook for a replacement and after getting 67 requests from dogs and their owners, decided that our readers should decide.

After three months of voting by Valley Patriot readers and on-line followers, Kane was the top vote-getter to replace “Freddie” in The Valley Patriot. In the final round of voting Kane defeated a very popular Winston, who was in the lead through much of the earlier voting.

Kane, an 11-month-old German Shepherd from Lowell, was adopted by his new family in March from a rescue in Tennessee.

Upon being told of his win, Kane first ran around the yard a few times in his famous bomber jacket – he says Top Gun is his favorite movie – and then demanded an extra treat.

Valley Patriot publisher Tom Duggan said that while Freddie used to do funny little quotes and quips, “Kane has shown an interests in doing his own column so we are going to let him do that.”

“I want to use my column to bring awareness to my favorite causes,” Kane said all out of breath after circling the yard a few dozen times.

“I believe in Backing the Blue, support local veteran events, and of course visiting local animal shelters/rescues to provide emotional support and hope to homeless dogs. That is what I am going to focus on. Can I have another treat if I am doing more work than Freddie was?” he asked during the victory interview.

Duggan says that he was contacted 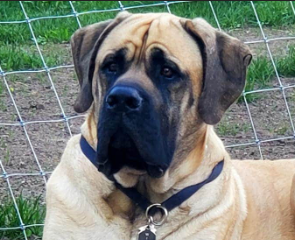 by one of Kane’s owners Denise Peaslee after the vote saying she and her family would like Winston – the second place finisher – to have a role in the paper. “He was so stately, and so poised, people really liked him and he had a lot of support. We would request that Winston also be included in the paper in some way,” Peaslee said.

“I don’t have any ego at all,” Kane agreed. “I have no problem sharing space with Winston at all. He deserves it, I thought he was going to win when I first saw his photo. He will be a good co-pilot. I wonder if he’s ever seen Top Gun?”

Valley Patriot publisher Tom Duggan agreed and has named Winston a “goodwill ambassador” for the paper.

“We are going to need a sponsor for Winston but we are working on it and expect both dogs to appear in the November, 2020 edition of the Valley Patriot,” Duggan said.

Kane is Reader’s Choice to Replace Freddie in The Valley Patriot ~ Winston to Have Major Role added by Tom Duggan on October 19, 2020
View all posts by Tom Duggan →