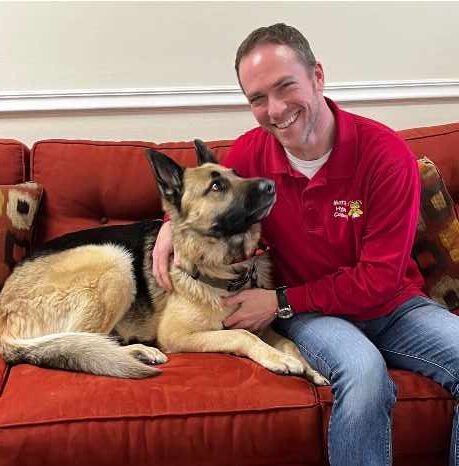 Kane met with Tom Mattox, Hypno Comedian, to learn the many ways hypnotism is used including sales, behavior change, and comedy. Tom, a Navy Veteran, first became interested in the hypnosis field during the 2016 Presidential Election. Tom was intrigued with the use of word association in political campaigns and how it is widely used to persuade listeners. Kane asked if the candidates hypnotized their audiences.

Tom explained that potential voters were not directly hypnotized by candidates, but techniques such as using metaphors and repeating words several times creates a persuasive association with a politicians’ campaign. Tom explained these techniques and slogans are also used in the advertising field. The hypnotic nature of associating words with a person or product strengthened the message.

Next Tom embarked on a journey and training on clinical hypnosis. Examples of training topics include stress relief, phobias, weight loss, anxiety and, of course, smoking. Kane asked how hypnosis worked. Tom explained that the process guides your subconscious. It presents like a suggestion. Instead of doing this (smoking), you may enjoy doing this. What else would relax you besides smoking, what else could you do with your hands. Tom explained that it is helpful to figure out why you engage in the undesirable behavior and find a solution to the challenge.

Kane asked Tom if everyone could be hypnotized. Tom explained that we hypnotize ourselves every day. An example of hypnosis is getting into the zone when you are driving. You are doing something, but your brain may be having other thoughts at the same time. The moment may be relaxing, and you find yourself in a familiar place and at ease. Secretly Kane thought hypnosis was scary, but now he realized hypnosis includes the everyday skills of mindfulness. Skills such as relaxing the muscles and counting is familiar. Kane does progressive relaxation before bed and disrupts a yoga class at least two times a week by stepping on people and pulling their socks off. Kane asked Tom if people can get stuck in hypnosis. Tom explained that this was a common concern, the answer is you cannot get stuck in hypnosis. At the most you may get sleepy.

Most recently, Tom has launched his business, Mattox Hypno Comedy, which he enjoys since the performers are recruited directly from the audience. Tom explained to Kane that he doesn’t worry about whether the show will be entertaining since Hypno comedy consistently is, but whether enough people will volunteer. People sometimes fear being out of character. Tom has been taking the show to schools for student graduations as well as private parties and fundraisers. The participants go along with “the imagination game” such as dancing, driving a car, and making faces at a teacher. If you would like to learn more about Mattox Hypno Comedy or are looking for clinical hypnosis, please feel free to reach out to Tom at 978-758-4575 or check out his website:

ttps://mattoxhypnosis.com/ As for Kane, he was thinking that maybe Tom could help him not eat things that he shouldn’t.

Well really, he just pretends he is chewing things to get his humans attention.
Kane is a work in process.