By Tom Duggan on July 1, 2014Comments Off on Kathy’s Lawrence Notebook 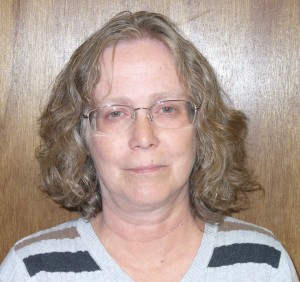 Renters, expect your rents to increase and privacy to decrease. An ordinance requiring all rental properties to be registered each year and inspected once every three years is coming before the city council this month. If this passes your rent is guaranteed to rise. You can also expect city inspectors to roam around your apartment, checking every electrical outlet and looking at all your possessions every few years. Although the required inspection should be similar to the current occupancy permit (OP), Inspectors will check for things such as apartment overcrowding and undocumented apartments.

As for the landlords, Building Commissioner Peter Blanchette stated it best when he said “Sometimes there’s a cost to doing business” at an Ordinance Committee meeting. Really? You mean landlords don’t just sit around and rake in the dough? Obviously he’s not a landlord. In the current version of the ordinance there are some differences in fees depending on whether 2 and 3 families are owner occupied and the fees are different for larger apartment buildings and complexes. Government owned properties are exempt. Every apartment unit or rented single family house must be registered with Inspectional Services. There is a $25 initial registration fee per unit and a $15 yearly charge thereafter. As an example of inspection fees a non-owner occupied 3 family would be charged $100 every three years for inspection of all three units. According to the presentation shown to the Ordinance Committee, “Additional revenue may be possible via violation corrections, possible increased tax assessments, abatement of zoning violations, and health code citations.” The city plans on inspecting one third of the units each year. All of this is in addition to the OPs you are required to obtain before a new tenant moves in, currently $75.

Why are they considering this law? It seems that not many landlords obtain the required OPs. Although that’s hard to tell; Commissioner Blanchette couldn’t produce information regarding the OPs granted last year after having two weeks between Ordinance Committee meetings to research the question. The resulting legislation is the city’s solution. Why not try to do their current job?

Given the state of Lawrence politics, the possibility of abuse by elected officials is clear. Will the inspectors be impartial? What else might they ‘notice’ in your apartment or on your property? If the current mayor doesn’t like you will inspectors work a little harder to find a violation in your apartments? If the current mayor likes you will a bounced check be overlooked? This ordinance was submitted by Councilors Twomey, Almonte, and Mayor Rivera. Although it has been in the works for some time, it’s not surprising that none of these three campaigned on this issue last fall, although Roger Twomey mentioned it at some neighborhood meetings. If all goes on schedule, the public hearing and final vote will be on June 17. That is, unless a special meeting is called or rules are suspended, so keep alert!

In other news, we have the never ending saga of the residency requirement, the charter amendment that would force all new employees except for teachers to establish residency in the city. This charter amendment was voted down in early May by a vote of 5-3 (5 in favor) because it didn’t receive the required 6 votes. Councilor Sandy Almonte, who would have voted in favor, was not present at this meeting. Well that’s not fair, is it?

At the end of the next council meeting Council President, Modesto Maldonado, wanted to suspend the rules to be able to reconsider the motion. It was one of those rare nights when all 9 councilors were in attendance, so the measure would likely pass if a vote were taken. Unfortunately, those pesky rules also state that a councilor who voted with the prevailing side, in this case one of the three ‘no’ votes (Laplante, Bernal, and Twomey), must offer the motion to reconsider. No takers there. But maybe that requirement could be suspended. The next rule to try and suspend was the one that forbids the council from taking up the issue again for one year, which was deferred to wait for a legal opinion. A special meeting was called for at the end of May, but cancelled when at least one of the residency supporters couldn’t make it. By the time you read this one more opportunity to suspend the rules will have passed and the status of the residency requirement may have changed.

If these shenanigans work, we are running the risk of a redo every time absentee councilors could change the outcome of a vote. Even more chaos than usual will ensue. Spectators and those councilors in attendance will need to bring energy drinks and an overnight bag.

More on the world of Lawrence politics next month!