By ValleyPatriot on September 25, 2015Comments Off on Keeping People Healthy and our Environment Safe ~ IN YOUR CORNER with SENATOR IVES 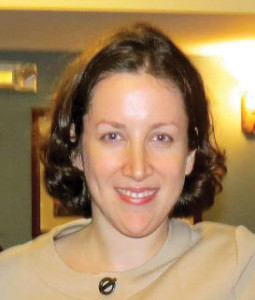 In January, I filed Senate bill 1200, An Act to Reduce Exposure to BPA, which is currently before the Joint Committee on Public Health. Bisphenol A (BPA) is a chemical that has been linked as a health and environmental pollutant. In January 2011, the Massachusetts Department of Public Health banned children’s reusable food or beverage containers containing bisphenol-A. BPA poses health risks, both physically and behaviorally and has been linked to cancer, heart disease and developmental impairments in children. There has been momentum in banning BPA from all products, such as food packaging and receipts. Recent studies show an increase of BPA in the bloodstream from receipts. Many receipts such as store and fast food receipts, airline tickets, ATM receipts and other thermal papers all use massive amounts of BPA on the surface of the paper. Senate Bill 1200, would ban the use of this chemical in receipt paper.

Last year, the Environmental Protection Agency (EPA) initiated an action plan with recommendations for the replacement of thermal paper with safer technologies.

A quick test can tell you if the paper you’re handling is of the thermal type. Scratch the printed side of the paper. If you see a dark mark, the paper is thermal. Studies conducted show a drastic increase of BPA in ones bloodstream even after only seconds of handling. There have been studies done, that even show after washing your hands traces of this chemical are still found in your blood stream and using hand sanitizer showed a significant spike in the amount of BPA one has absorbed. The issue may be even more of a concern for cashiers, who handle receipts all day, and who may frequently use hand sanitizer to protect against illness.

This bill if passed into law, would protect consumers and employers and serves to reduce toxins in our environment. Below are ways to reduce your exposure from BPA-coated receipts:

2. Decline paper receipts at gas pumps, ATMs or retail cash registers, opting instead to have your receipt e-mailed if you’re given that choice. If you can, use your smart phone for plane and train tickets.3. Use a sealed plastic bag to store receipts you need to keep rather than carrying them loose in your wallet, purse or shopping bag. The coating can just as easily rub off on other items and when you handle those, you’ll be picking up the BPA.

4. Wash your hands as soon as possible after touching receipts, especially before cooking or eating food. Use soap and water rather than alcohol-based hand sanitizers, which increase the skin’s ability to absorb BPA.

5. Avoid handling thermal paper if you are pregnant and keep it out of children’s hands too. Studies suggest prenatal and early life exposure to BPA poses the greatest potential health risks.
I will be focused this fall on offering informative testimony before the Joint Committee on Public Health and will work to get this bill before legislators for action.

Senator O’Connor Ives can be reached at: KATHLEEN.OCONNORIVES@MASENATE.GOV