By Tom Duggan on April 18, 2022Comments Off on KEEPING PROMISES: Mayor DePena Partners with Homeless Advocates 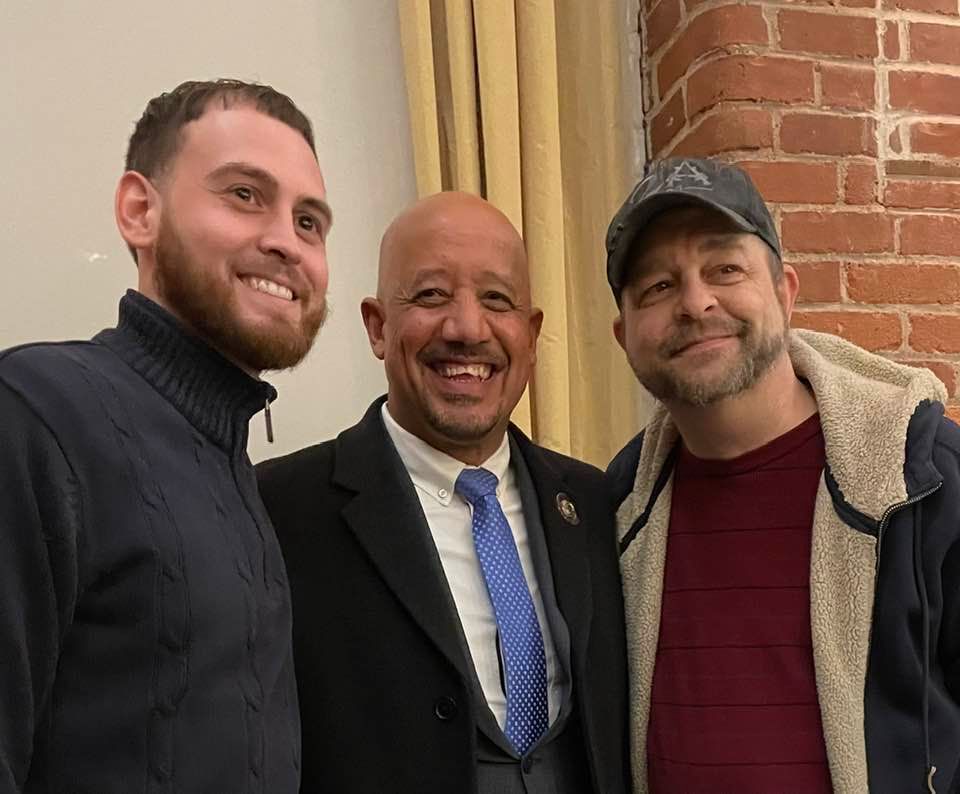 In 2018, (then) Lawrence City Councilor Brian DePena supported a small group of volunteers called TMF, or “The Movement Family”.

TMF had started setting up weekly dinners for the homeless at the Buckley Garage on Common Street, taking advantage of the overhang there, they were able to not only set up a buffet style full meal but also brought Tewksbury Detox for any homeless addict who wanted to get clean.

Within a short period of time TMF went from servicing 10 homeless people to more than a hundred a week adding a new element to the dinners as they went along.

Eventually Lawrence Mayor Dan Rivera chose to prohibit TMF from using the Buckley Garage, which is owned by the city but leased out by the MVRTA during the day.

DEPENA FIGHTS FOR THE HOMELESS

Once Mayor Rivera chose to throw TMF out of the city owned bus station, the group decided to appeal to the Lawrence City Council where they failed by one vote.

On the night of that vote Councilor DePena voted in favor of TMF and promised to do what he could to help the group feed the homeless as well as work to reverse the city’s decision.

TMF found a private lot on South Broadway where they have been holding their weekly homeless dinners for the past two years. Mayor Brian DePena regularly donated food each month to the homeless dinners asking not to be thanked publicly.

“I understand how hard it is to work with this population, especially with the politicos sometimes getting in the way,” he told Gorman and Duggan.

“Let’s put together an agreement between TMF and the city so that you can go back to the bus station and have a roof over your heads while the homeless are eating but agreeing to clean the area when you are done.”

While the agreement was being worked on over the next few weeks, Salvatore’s Restaurant owners Phillip Wood and Michael Agricola donated a full dinner at the restaurant for the homeless on a night that was snowing and cold.

As the homeless filtered into the function room at Salvatore’s for a gourmet meal Lawrence Mayor Brian DePena took a microphone and thanked TMF for their efforts in the community and announced that TMF and the City had come to an agreement to let TMF go back to the bus station pending city council approval.

A week later, the city council voted 7-1 to give an emergency permit to TMF for 90 days to return to the Buckley Garage and will vote at the next meeting on whether or not to extend the 90 days to up to two years as requested by the group.

“People may not know this,” Lawrence resident Kevin Droin told the city council, but these people do a lot more than feed the homeless on Wednesday nights.”

Droin explained how TMF had partnered with Tewksbury Detox and other organizations to get homeless addicts into rehab or transitional housing.

According to TMF’s leader Michael Gorman the group has gotten more than 40 people off the streets and into rehab or housing over the last four years.

“I know the concern for some is that having these dinners will attract more homeless to the city, but TMF is actually getting people off the streets, who else is doing that?”

After the 7-1 vote in favor of TMF’s return to the Buckley Garage Gorman said that he was very grateful for Jackie Marmol and Octavian Spanner and everyone in the mayor’s office including the mayor himself for their support.

“This was a big win for us. These kids were crushed when we had to move from a garage with an overhang to a wide-open lot with no protection from the elements. But they continued to come and volunteer every week and now we have a chance to have homeless people eating their food without being rained on or snowed on, which means we will have more people come for dinner. I can’t express how grateful I am to Mayor DePena and his office for doing this.” ◊