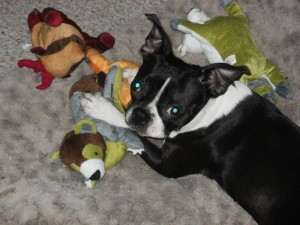 Four years ago on August 28, I never knew my life would change so much, so quickly. Without any regret, and in fact, with complete joy, I adopted my sweet, sweet Lani.

Many of you have been following my column for years. Most of you at some point have read about my dog Lani, have seen pictures of her and some of you may even remember the day I adopted her. Yes, that was four years ago August 28, 2010.

I remember that day like it was yesterday. I was nervous, I didn’t know exactly what to expect . I just couldn’t wait for the rescue transportation van to arrive.

The van arrived, and Lani was delivered to me. Yes, ME. I officially became a “Doggie Mom.” Wow, I remember every thought, I remember the knot in my stomach, I remember when the care taker handed her over to me. I remember the instant bond. My heart was completely smitten with love …immediately.
Four years later, every day I count my blessings that this beautiful girl was brought into my life. She is playful, she is compassionate, she is shy and she can be sassy..it is a complete package. When I first adopted her, she came from a horrific situation in Texas. So bad that many questioned if she would ever be able to transition into society. Would she ever learn how to play ball? Would she ever learn to play with other dogs? Could she ever trust a human? These were all the uncertainties that came my way.

Well four years later, I am glad to say my seven year old Boston Terrier loves to play ball, enjoys her doggy play groups and thinks humans are pretty cool. Life is good…for her and me !

Tracey Zysk, owner of Wiggles & Jiggles Pet Care in North Andover MA is a local pet care professional. She has been featured on local radio, tv and newspapers educating the general public on animal care and animal health & wellness. Tracey is a proud supporter of Police, Fire & Military K9 units and National Award winner of the Platinum PAW award. Tracey may be reached at wigglewalk@comcast.net. Become a fan on facebook at Wiggles & Jiggles Pet Care