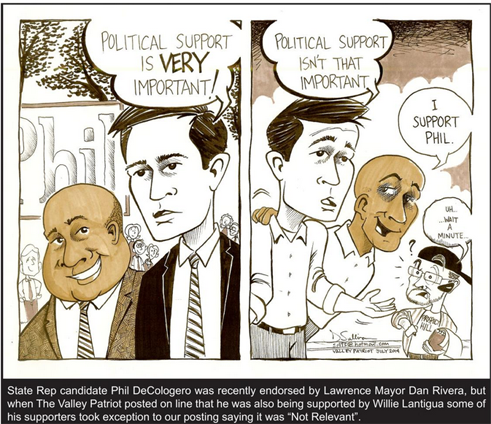 You have to hand it to former Lawrence Mayor Willie Lantigua. Even as a private citizen, he continues to conspire for revenge against his so-called enemies and everyone he believes has ever slighted him, real or imaginary.

Not only has Lantigua been targeting Rep. Marcos Devers for defeat in Lawrence by running against him as an Independent, he also recruited Roger Twomey as a REPUBLICAN to split the anti-Lantigua vote, practically ensuring he regains his seat in a three way race come November.

But Lantigua isn’t just targeting Devers for daring to help Mayor Dan Rivera defeat him in 2010. He is also targeting State Rep. Diana DiZoglio by throwing his support behind North Andover Democrat Phil DeCologero who, along with Oscar Camargo is challenging DiZoglio in a three way primary.

Lantigua is furious that Rep. Diana DiZoglio (D-Methuen) authored and passed a new law that legislators called “The Lantigua Bill”. 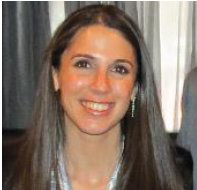 WHAT IS THE LANTIGUA BILL?

Prior to DiZoglio writing the “Lantigua Bill”, candidates for state office could not have their names appear on the ballot if they fail to file campaign finance reports or pay fines levied against them by the state’s Office of Campaign and Political Finance. Candidates for local office, such as mayor or city council, however, could refuse to pay fines or file campaign finance reports and still have their names appear on local ballots. DiZoglio’s bill changed that and now, municipal office seekers are held to the same standard as candidates for state office.

In the past few weeks, Lantigua has told supporters and candidates for other offices that he is supporting DeCologero because he wants to make DiZoglio “pay” for publicly humiliating him with her bill, as if that was her only goal. It’s obvious that Lantigua doesn’t have any respect for campaign laws, and now DiZoglio has made it harder for him to flout those laws.
For his part, Phil DeCologero told The Valley Patriot that he never sought Lantigua’s support or endorsement, following up with “I would think Lantigua would not be happy with me since I campaigned for Dan Rivera for Mayor.”

What Phil DeCologero did NOT say in that interview is that he would refuse to accept Lantigua’s support or public endorsement saying he “cannot control who supports or votes for me, no candidate can.”

But, you can’t blame Phil for not publicly refusing Lantigua’s support. After all, Lantigua’s influence is still very strong and his supporters could put Phil over the top come September. Additionally, who wants to piss off the king of dirty politics when they are in a very close race for state rep. themselves?

So while it is understandable that DeCologero is passively accepting Lantigua’s support, the question remains, why would Lantigua choose to support DeCologero in his quest to unseat DiZoglio?

Moreover, why did Lantigua choose Phil instead of, say, Oscar Camargo, the only Latino in this three way race for the Democrat nomination? You would think with all of Lantigua’s boasting about “Latino Pride” and “Latinos sticking together” that the former Lawrence Mayor would be touting hero veteran Oscar Camargo in this race.

Instead, Lantigua chose to support DeCologero.

In his defense, there is no evidence that Phil DeCologero has any direct ties to Lantigua, or that Phil sought his help or support for his campaign.

But it does give one pause for concern that while Lawrence’s own fraud-father, Willie Lantigua, stages his miracle come back in Lawrence, he also has his supporters running around the community wearing Phil DeCologero buttons on their lapels and “Elect Phil” bumper stickers on their cars.

When I posted that on my Facebook page last month, Phil’s supporters attacked my integrity saying I was only posting this “misinformation” to help Diana DiZoglio, insisting Lantigua’s support is not relevant in this race. 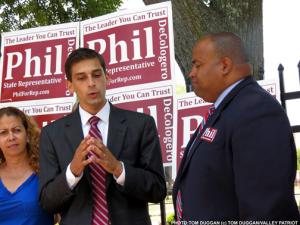 In this business you have to take the good with the bad. If endorsements and support from local politicians were irrelevant, then why is DeCologero beating his chest about endorsements from Lawrence Mayor Dan Rivera, Lawrence City Council President Modesto Maldonado, and Lawrence School Committee Vice Chairman Jim Blatchford?

It seems to me that the voters deserve to know all the facts, good and bad. It’s for them to decide what is relevant and what is not. It’s not up to the candidates or their supporters.