By Tom Duggan on September 8, 2015Comments Off on Lawrence Board of Registrars to Meet Wednesday on Recall of Mayor Dan Rivera 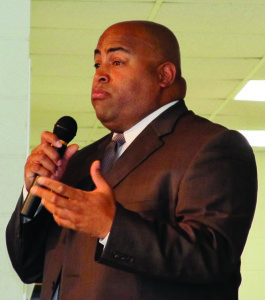 Efforts to recall Lawrence Mayor Dan Rivera will move forward as the Lawrence Board of Registrars (BOR) has scheduled a meeting for Wednesday September 9th, on the recall affidavit submitted by attorney and funeral home director Louis Farrah.

The recall affidavit was submitted by Farrah on behalf of a group calling themselves The Foundation for Transparency in Government.

“One hundred or more voters may file with the city clerk an affidavit containing the name of the officer whose recall is sought and a statement of the grounds upon which the petition is based not less than twelve months prior to the expiration of the term of office. The names on the affidavit shall be from the city at large.” Lawrence City Charter Section 9.7 (b):

The signatures were filed on Wednesday September 2nd.

Once the BOR votes to certify at last 100 signatures at their next meeting, they will then release recall petitions that must be signed by at least fifteen percent of the total number of people registered to vote in the preceding city election. ” With almost 36,000 voters (in a population of more than 90,000)  recall organizers will have to gather nearly 5,400 valid signatures of registered voters for a recall election to be called.

If successful, the city council will send a letter to the mayor he must decide if he wants to resign with five days of receiving it. If he chooses not to resign, a recall election will be called within 90 days.

The ballot will contain two questions. Ballot Question #1: Do you wish to recall mayor Dan Rivera?

Those who vote yes on question one can choose from a list of candidates who have submitted nomination papers. If there is a large number of candidates the replacement will need only a handful of votes to win as there will be no runoff election.

Mayor Rivera did release a statement to The Valley Patriot on the recall: Mayor Responds to Recall Against Him Recall Supporters Charge “Political Retaliation.

PREVIOUS STORIES ON THE RECALL, RIVERA 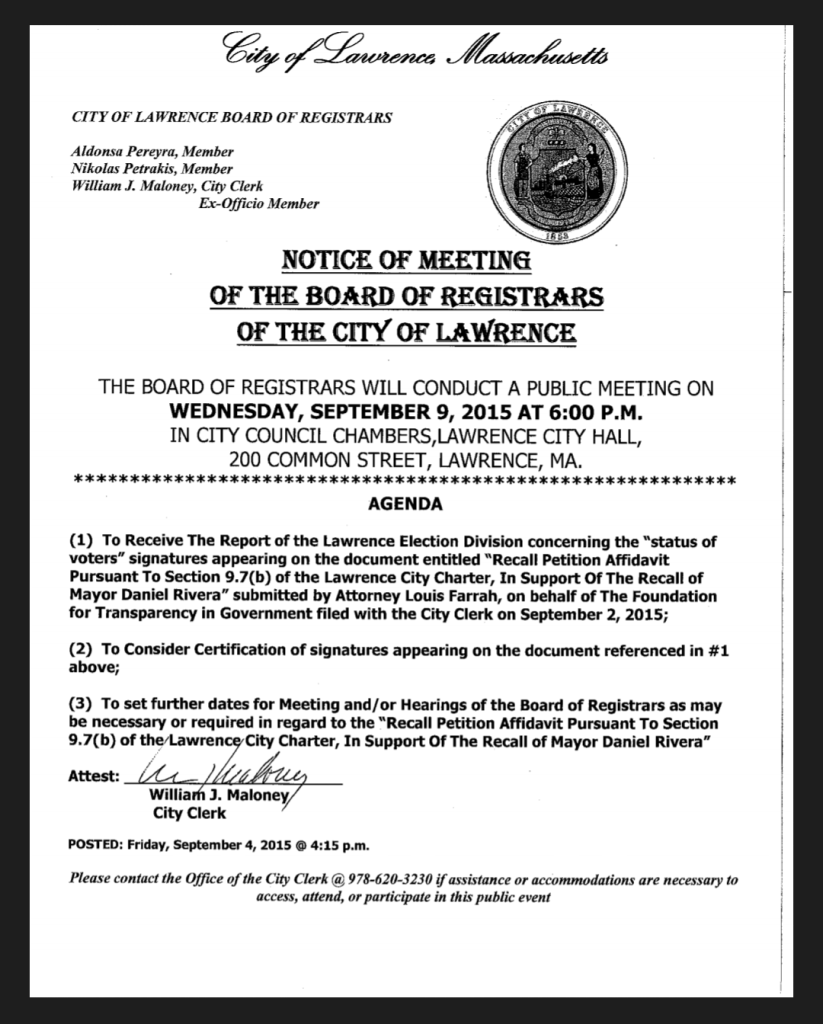 Lawrence Board of Registrars to Meet Wednesday on Recall of Mayor Dan Rivera added by Tom Duggan on September 8, 2015
View all posts by Tom Duggan →