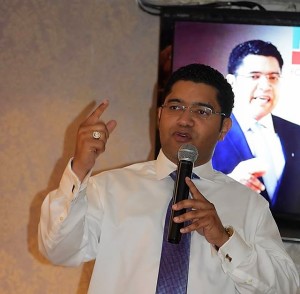 LAWRENCE—Lawrence city council candidate Franklin Miguel has called for more oversight in Local elections. Historically, the city has never enforced any voter ID in any of its elections, but one local candidate believe that it could be a welcomed change to how things operate.

Franklin Miguel is a local candidate running for councilor at large, he has said that his story is very much a “Lawrence Story”.

“I was born in Dominican Republic, and through my academic achievements, I received a scholarship to continue my studies here in Massachusetts and I graduated with my bachelor’s degree in civil engineering from Merrimack College in 2008. After earning my degree, I had a choice: I could return to my family in the Dominican Republic or stay to give back to the community that I now call home and live the American Dream. My choice was clear, I decided to stay. I decided to make my life here, raise a family, and achieve the success only the United States of America offers.”

The state of Massachusetts does not require any resident of the state to prove their residence if they are an active voter. The city of Lawrence follows suit with that and only requires it for voters that have been marked as inactive.

“There are a lot of topics that candidates are talking about in my race, this isn’t one and I think it should be added to the much-needed discussion about improving our city” Franklin earned his US citizenship in 2015, however in national elections for the Dominican Republic voter ID is a requirement.

“Being born in the Dominican Republic offers me the insight in their elections. When we voted we all have to show our Id’s and prove who we are, after we are then marked on our finger to prove that we voted and cannot vote again. It seems like a drastic change, but I believe that bringing voter ID to Lawrence would go a long way in improving the legitimacy of our elections in the eyes of the residents”

There are six candidates vying for three spots in the Lawrence-At-Large race, the final election will take place on Tuesday, November 7th. Franklin Miguel is the first candidate in the race to publicly call for voter ID in Lawrence’s municipal elections. “We need the right people in office who know the meaning of hard work and determination to move our city forward. This is only one of the many topics that I think are important to our city, but it’s one that is not being talked about and I wanted to change that. Voter ID is something to be proud of, it’s a declaration of who you are and the rights we have as Americans. It’s not something we should shy away from. Be proud to show your ID and proud to vote in a city like Lawrence and a country like ours.