By Tom Duggan on May 3, 2016Comments Off on Lawrence Council Refuses to Tear Down Building Owned By Councilor Reyes, Declares Panhandling for Earthquake Victims in Ecuador “an Emergency”

The Lawrence City Council refused to tear down a crumbling building owned by one of their own councilors by refusing to take the measure up as an emergency. The roof of the building has collapsed and the cinder blocks at the top of the building and are collapsing inward.

Despite refusing to declare the public safety hazard an “emergency”, the Council did vote to declare the earthquake in Ecuador “an emergency” and voted to allow panhandlers to collect money in the streets of Lawrence for earthquake victims.

Lawrence City Councilor Estella Reyes is 25% owner of a piece of property at 173-175 Haverhill St., which has been deemed so dangerous that the Lawrence Fire Department has placed a large red “X” on the building, signifying that firefighters and emergency responders cannot enter the building as it is too unsafe even for them.

Lawrence resident Eric Salach appeared at Tuesday’s city council meeting asking the council to declare the building an emergency and order it to be torn down immediately.

“I’m here tonight to ask you guys to invoke some of the powers that you have, to actually call for an emergency measures to address an issue that was presented at the last meeting on April 19th,   regarding a property located at 173-175 Haverhill St.,” Salach told the city council. 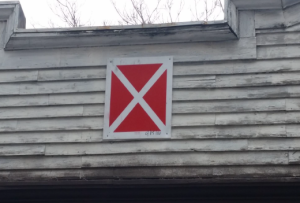 Salach told the council that he spoke with the city’s building commissioner and nothing has been done since making him aware of the situation.

“Unfortunately, one of your colleagues on this council is a 25% ownership stake in that building.  It’s my concern that there could be some type of manipulation of what should happen appropriately. Now, if this was another building owned by somebody else, that was in this condition, that was structurally unsound, the city has the ability to go in and make an emergency appropriation so that the building can be torn down.”

“I am asking you as a council to do this today,” Salach concluded. 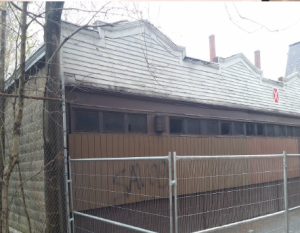 Lawrence City Councilor Nilka Alvarez Rodrigues made a motion at the end of the agenda to suspend the rules and add the item to the next council agenda “so that the housing committee can look at the situation and declare it a public nuisance if need be”.

Councilor Maldonado seconded the motion which was approved unanimously with Councilor Reyes abstaining from the vote.  Councilor Almonte was not present at the meeting.

Lawrence City Councilor Marc LaPlante said that building commissioner Peter Banchette should be invited to the next meeting to discuss the issue.

The council will take the measure up at the next regular meeting, but by refusing to make it “an emergency” the city is now liable if someone gets hurt between now and then.

Oddly enough, it was Lawrence City Councilor Estella Reyes, owner of the crumbling building, who made the motion to declare the earthquake in Ecuador “am emergency”.

Councilor Modesto Maldonado asked Salach for documentation to prove the conditions of his colleague’s crumbling building was as bad as it was being portrayed. He asked that the fire chief provide a report on the dangers of his colleagues property.

Lawrence Council Refuses to Tear Down Building Owned By Councilor Reyes, Declares Panhandling for Earthquake Victims in Ecuador “an Emergency” added by Tom Duggan on May 3, 2016
View all posts by Tom Duggan →