Lawrence Man Sentenced for Theft of Over $230,000 in Federal Tax Refund Checks

By Tom Duggan on October 15, 2014Comments Off on Lawrence Man Sentenced for Theft of Over $230,000 in Federal Tax Refund Checks 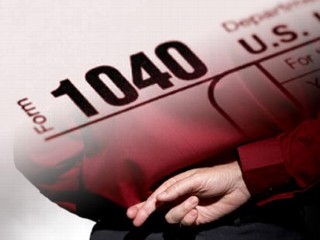 BOSTON – A Lawrence man was sentenced today in connection with the theft of $230,000 in federal tax refund checks.

Wilson Santana, 41, was sentenced today to 21 months in prison to be followed by three years of supervised release. He was also ordered to pay restitution in the amount of $237,277.18 to the U.S. Department of the Treasury. Santana pleaded guilty in May 2014 to 34 counts of theft of public money.

Between November 2011 and March 2012, Santana provided Robert Montero, a bank teller at Metro Credit Union in Lawrence, with 30 U.S. Treasury checks containing fraudulently obtained tax refunds to be negotiated through various bank accounts controlled by or associated with Santana. Santana paid a fee to Montero for each check Montero negotiated. The U.S. Department of the Treasury had issued the checks based on tax returns that later were determined to contain false information. For example, although the tax returns contained biographical information of real people in Puerto Rico, their addresses were falsely listed in New York and Massachusetts. The tax returns also contained false employment information. Santana, knowing that the tax return checks had been issued based on false information, negotiated them with Montero’s help at Metro West Credit Union. The total value of the 30 refund checks was $211,214.18.

Lawrence Man Sentenced for Theft of Over $230,000 in Federal Tax Refund Checks added by Tom Duggan on October 15, 2014
View all posts by Tom Duggan →