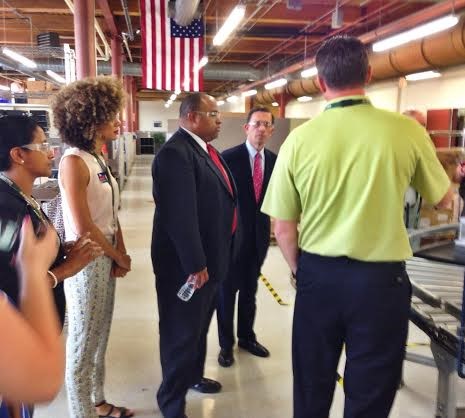 Lawrence Mayor Dan Rivera has only been the city’s top political figure for five months but he is already injecting himself into political contests across the state, first endorsing Warren Tolman for Attorney General and today endorsing State Treasurer Steve Grossman for governor.

The endorsement comes just three days after Treasurer Grossman won the Democrat Party’s nomination at the convention. Grossman was campaigning in Lawrence at solar company Solectria Renewables at Sal’s Riverwalk.

“Steve is a businessman himself,” Rivera continued. “He knows how things impact bottom line costs for businesses. While some people have an outside understanding of business, Steve has the personal experience in business. He has a proven track record and proven leadership.”

Rivera said that Grossman will “be helpful to Lawrence and all the ‘Gateway Communities.'”

Rivera had previously worked on Grossman’s campaign against Shannon O’Brien for the Democratic Primary nomination for governor in 2002.

In a press release issued by the Grossman campaign, the Treasurer praised Rivera.

“Dan is a pioneering leader, and we share a vision for our Commonwealth that levels the playing field for all people, no matter where they come from and how much money they have,” said Grossman. “We both believe that the zip code in which you are born must not determine the quality of your education or your economic prospects.”

When asked why he was supporting Grossman and not Attorney General Martha Coakley, Rivera reiterated Grossman’s business experience.

“The people of Lawrence will have a bold, confident, and proven leader to fight for economic fairness everyday with Steve as their governor.” 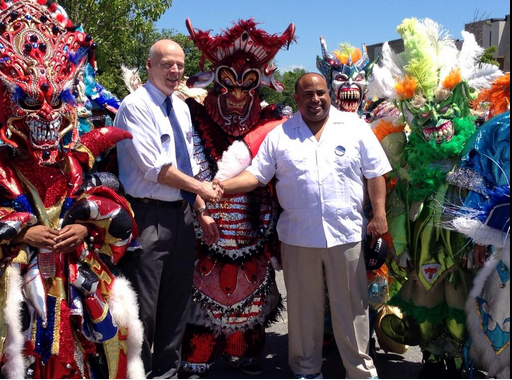 Last week Rivera endorsed Warren Tolman for Attorney General. Tolman is in a primary fight with Maura Healey for the Democrat party nomination.

Tolman told 980WCAP radio listeners in a live interview from the Democratic convention that his number one priority is to go after the NRA and make guns and the drug epidemic his top priorities.