By Tom Duggan on December 4, 2015Comments Off on Lawrence Police Take Lawrence Man into Custody on Hoax Bomb on Atlantic Avenue in Boston 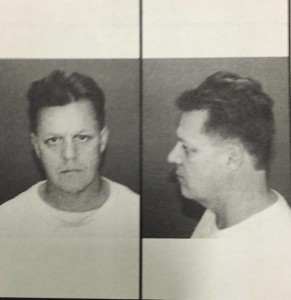 LAWRENCE – The Valley Patriot has learned this afternoon that James “Jimmy” Derepentingy of Lawrence was arrested at gunpoint near the Saint Patrick’s School on Parker Street. Derepentingy was wanted in connection with the suspicious package that was detonated on Atlantic Avenue in Boston by the bomb squad early Friday afternoon.

The Valley Patriot obtained the booking photo for Derepentingy (at right) and has learned that Derepentingy has been charged with planting the hoax device.

According to police, Derepentigny was at the Hampton Beach bar when he took a folding blade knife out and yelled that he was “going to stab everyone in this place.”

Hampton Police Lt. Dan Gidley said the bartender took out a handgun, pointed it at Derepentigny and escorted him out of the bar. He then called 911 at 10:29 p.m.