By Tom Duggan on May 2, 2004Comments Off on Lawrence School Committee Trip Included Stay at Walt Disney World

While other communities in the Merrimack Valley are counting every penny and making difficult cuts to services and personnel, foregoing luxuries like out-of-state travel, and appealing to the state for more funding, the Lawrence School Committee appears not to have similar concerns.

Last month, while no other superintendent or school committee member in the Merrimack Valley attended out of state “conferences”, three Lawrence School Committee members, the Mayor, and the Superintendent of Schools attended the National School Board Association conference in Orlando, Florida.

Although the conferences were held at the Orange County Convention Center, Superintendent Wilfredo Laboy and Mayor Michael Sullivan, stayed at one of Walt Disney World’s official hotels, the luxurious Wyndham Palace Resort and Spa on Buena Vista Boulevard in Orlando.

Receipts obtained by The Valley Patriot show that only School Committeeman Michael Sweeney paid for his own airfare, conference materials and meals, while Carlos Ramos, Jorge Gonzalez, Michael Sullivan, and Superintendent Wilfredo Laboy billed the taxpayers of Massachusetts.

Sullivan said he stayed at the Walt Disney World Resort (and did attended several conferences put on by the NSBA) because of overcrowding. “Do you know where people from all over the country were staying?” he asked rhetorically when asked about the hotel accommodations.

Contacted by The Valley Patriot, school representatives from Andover, North Andover, Methuen and Haverhill, all said that neither their superintendent nor any member of their School Committee attended the Florida conference or any other out-of-state junket.

“We used to send people years ago, but we just don’t have the money to go on trips like that,” said Joe Salvo, the School Business Administrator for Methuen. Salvo is also a former member of the Methuen School Committee. “I know that if there is a conference the School Committee thinks they can benefit from, it has been the policy of Methuen to send one board member to the conference and have that person present a report to the rest of the committee.” 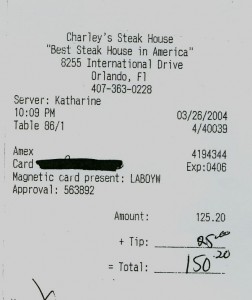 Salvo said that he commends the Methuen School Committee for their commitment to fiscal responsibility. “Times being what they are, every dime has to be spent on the kids. The School Board is very much aware of their fiscal responsibility and we don’t waste our money on things like that. We have to worry about putting teachers in the classrooms. They are doing the right thing and I commend them for it.”

North Andover Superintendent Harry Harutunian said that none of his board members attended the Florida conference. “Given these economic times while we are looking to lay off teachers to balance the budget, we just can’t afford luxuries like out of state conferences,” Harutunian said.

“Several board members have asked about opportunities to attend conferences and education training. I know that each new school board member has to take nine hours of professional development training under the new state law, but there are plenty of places to go in-state to meet that requirement. None of our members would even think about going to Florida.”

Andover School Committeeman Christopher Smith said that no member of the Andover School Committee attended last month’s junket to Orlando. “Given the fiscal restraints under which we are operating none of our School Board members attended the conference, although I would like to go and see what everyone else is doing.” Smith added that if he did choose to attend an out of state conference, “I would not take a dime of taxpayers money to do so.” 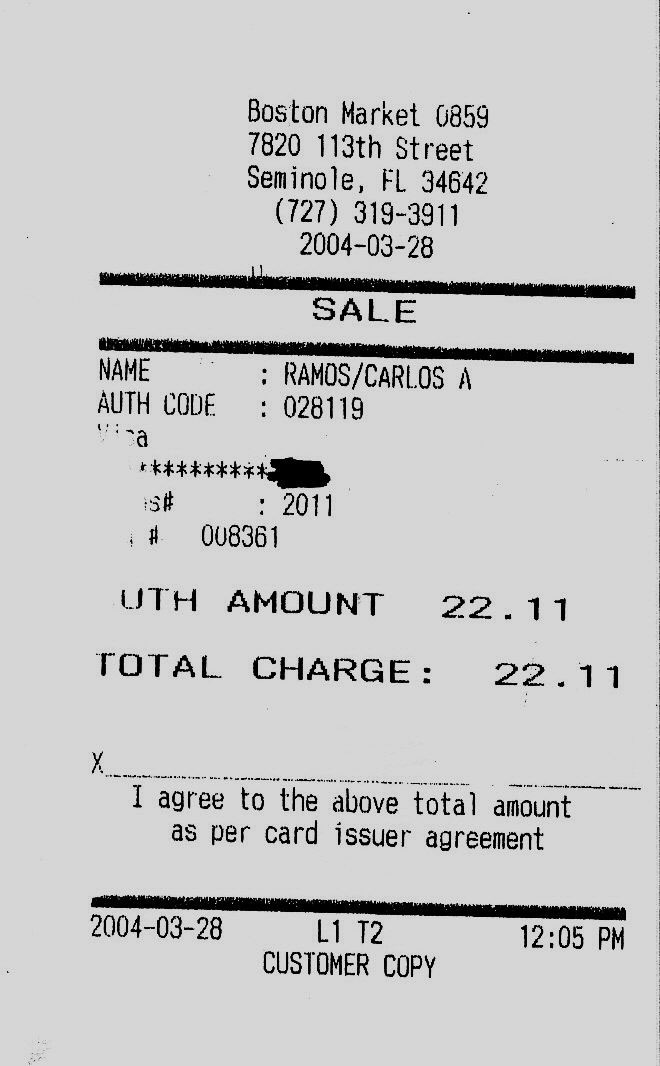 Haverhill School Committeeman Scott Wood also confirmed that none of the Haverhill School Committee members attended the conference. While surrounding school districts rely on local property tax dollars to pay for education, Lawrence receives 100% of its $110 million budget from state and federal aide. One Lawrence School Committee member, Carlos Ramos, submitted a receipt for $22.11 (see receipt) on March 28th at 12:05pm at the Boston Market in Seminole Florida, over a hundred miles away (nearly four hours round trip) from the conferences he was supposed to be attending.

Among the important conference lectures Ramos could have attended while vacationing in Seminole Florida were: the National Education Spotlight session, the New School Board Members Workshop, the Education Excellence Fair, and the New Urban School Board Member Leadership Training. Ramos also submitted a receipt for lunch the day before (March 27th) at the Royal Pacific Hotel at Universal Studios. When The Valley Patriot attempted to contact Mr. Ramos for comment his number (listed on the Lawrence School Department website) was not in service.