By Tom Duggan on February 21, 2017Comments Off on Lawrence to Spent $260K for Gun Buyback Program

Lawrence Mayor Daniel Rivera & Chief James Fitzpatrick announced today what they are calling an anti-gun violence initiative to get 1,000 guns off the city streets of Lawrence and to double the after school open gym time across the City. 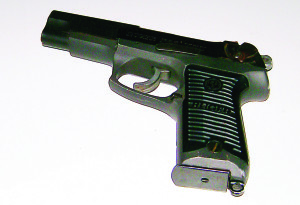 “Like the national and state-wide drug crisis, the growth of heroin and fentanyl sale and use in our city has given way to increased gun violence. While this violence is for the most part violence against those in the drug trade and those looking for drugs, it is just a matter of time before an innocent bystander or a non-involved member of the community is hurt or worse, these efforts are to do all we can to prevent that. So if we can take one gun off the street that would have killed or hurt someone that is a victory, and if we can give one more kid a safe place to spend their off school hours, that too will be a victory,” Mayor Rivera said.

After convening a few meetings with the faith community, various neighborhoods, and non-profits, the Lawrence Police Department will conduct various “Gun Buyback” events in the City. The events will offer $100 to anyone in the City of Lawrence that turns in an operable gun anonymously. The target is 1,000 guns and $10,000 in advertisement on TV and Radio.

“We will work with the community to get as many illegal guns off the street; this is a problem that if we can work together, can put a dent in the number of guns out there,” said Chief Fitzpatrick.

Using the Shannon Grant model, the Lawrence Police Department currently staffs “open gyms” two nights a week at one school (Tuesdays and Fridays 5:30 – 8:30 at the Guilmette School); and serves in the range of 3,000 youth. With the added $150,000 we would like to open the South Lawrence East School Mondays and Thursdays 5:30 – 8:30 bringing “open Gyms” to 4 nights per week as soon as possible.