By ValleyPatriot on July 2, 2018Comments Off on Lawrence’s Gabriela Taveras is Crowned Miss Massachusetts 2018

WORCESTER, MA – Gabriela Taveras, 23, of Lawrence was selected as Miss Massachusetts 2018 on Saturday, June 30, at the 79th annual Miss Massachusetts Scholarship Pageant.  Competing as Miss North Shore, she was chosen from among 27 contestants at the Hanover Theatre in Worcester. Taveras was awarded a $12,000 scholarship, and will compete at the Miss America Pageant in September in Atlantic City, N.J.

“For the first time I was just really calm,” Taveras said about the moment she learned that she had won the competition. “And then when I heard “North Shore”, I was like, “Oh my God, I did it”, because I’m the first woman of color to win the title.”

On competing at Miss America, she said, “Oh, I’m so excited,” (I have) “no idea what to expect because everything’s changed,” after the elimination of the swimsuit competition.  “But we’ll figure it out. I can adapt.”

Taveras is a 2017 graduate of Emmanuel College in Boston, where she earned a Bachelor of Science degree in Biology with a Concentration in Neuroscience. She was a member of the Dean’s List and received an Emmanuel College Dean’s Scholarship. She is currently employed as an account recruiter at Insight Global where she was named an All-Star Recruiter.  An accomplished vocalist, she performed “Stand Up for Love” by Destiny’s Child at the pageant.

During her year of service, she will highlight her platform, “F.E.A.R. – Face Everything and Rise” as well as promoting The Children’s Miracle Network Hospitals, the national platform of the Miss America Organization.

Gabriela is also a 2013 graduate of the Central Catholic High School. She is the daughter of Maria Taveras of Lawrence.

In addition to her $12,000 award, Tavares received a $250.00 Dr. Robert Harney scholarship as a Preliminary Swimsuit Winner. She will also receive gifts and services from numerous pageant sponsors from across the state as part of her prize package.

Other award winners were:

First runner up: Alyssa Maitoza of Dartmouth, Miss Bristol County received a $3250 scholarship. She was also the recipient of the $400.00 Preliminary Talent Award.

The rest of the Semi-Finalists received a $500 scholarship:

Other special award winners were:

The remaining contestants each awarded a $100 scholarship were:

The Miss Massachusetts Scholarship Pageant is a preliminary to the Miss America Program, one of the nation’s leading achievement programs and the world’s largest provider of scholarship assistance for young women. Last year, the Miss America Organization and its state and local organizations made available more than $45 million in cash and scholarship assistance. For more information, go to www.missmass.org or to Miss Massachusetts MAO on Facebook. 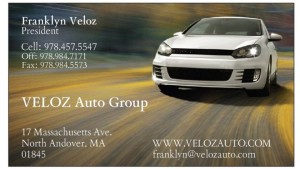