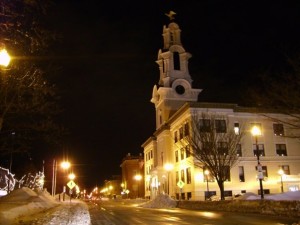 LAWRENCE — Residents looking for help or support from their state senator or state representatives can now find it at City Hall.

The office – Room 203 on the second floor – is to be shared by Sen. Barbara L’Italien and state representatives Marcos Devers, Frank Moran and Diana DiZoglio.

The delegation along with Mayor Rivera plan to hold a grand opening of the office June 12 from 10:30 to 11:30 a.m. They plan to invite community groups and the event is open to the public.

“I am delighted to have our state delegation working under the same roof,” Mayor Rivera said. “This will allow us to take on a more collaborative approach to solving both municipal and federal inquiries that our residents may have. I welcome Sen. L’Italien and Representatives Devers, Moran and DiZoglio to City Hall as we work together to make Lawrence better.”

Sen L’Italien said she plans to have a daily presence at City Hall and that her staff will be available to meet residents there during regular City Hall hours.

“Having a local office for the city’s residents was a priority of mine and I’m pleased Mayor Rivera has been so helpful in making it happen,” said L’Italien, a former four-term state representative who last year was elected Lawrence’s senator and began serving in January. “Anyone who needs our assistance or just wants to say hello and meet my staff is welcome to stop by.”

“As I traveled around the district last year it became clear to me that I wanted a full time presence in Lawrence to help our residents access state services,” said Sen. L’Italien.

The city’s senator and state representatives receive hundreds of phone calls and emails every week seeking help on everything from finding emergency food and housing, to applying for food stamps, state health care benefits and handicapped license plates, to seeking job training and job placement resources, to name just a few, “A lot of what I do is help people navigate the state bureaucracy, help them figure out if they qualify for some benefit and then connect them to the resources they need,” said Joseph Thibodeau, one of Sen, L’Italien’s two constituent aides who live in the Merrimack Valley. “If someone has applied for something, I can check to see if their application had been received and what the holdup might be.”

Sen. L’Italien said her constituent aide Maria De La Cruz will be her primary staff member at the City Hall office. De La Cruz, who is originally from the Dominican Republic, now lives in Lawrence and is very active in the community. 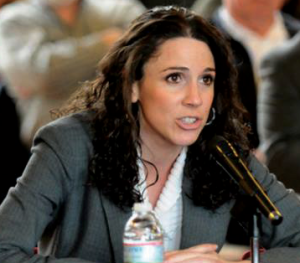 “I am truly delighted about the opening of a local office for the Lawrence legislative delegation,” said Rep. Diana DiZoglio (D-Methuen) who also represents Lawrence. “I encourage residents who would like to meet with me at City Hall to discuss issues of concern to call my State House office at 617-722-2060 to schedule an appointment.”

“This office will serve as a one-stop shop for constituents to connect to their representatives on Beacon Hill,” said Rep. Moran, who represents parts of Andover and Methuen in addition to Lawrence. “I am very grateful that Mayor Rivera was able to assist the delegation in streamlining the legislative process for the residents of Lawrence.”

Rep. Devers said his aide Jorge Cruz plans to be at City Hall on Friday’s from 9 a.m. to noon. Residents may also contact Rep. Devers anytime at 617-722-2030 or email at Jorge.Cruz@MAhouse.gov. “This will be an asset to our Community and I am profoundly grateful to Mayor Rivera for his openness and collaboration in helping to connect members of the community with their state delegation,” Rep. Devers said. “My office is committed to this community and I look forward to seeing and attending our community’s needs.”