By ValleyPatriot on March 29, 2015Comments Off on Legislation Needed to Hold Landfill Owners, Operators Responsible -IN YOUR CORNER WITH SENATOR KATY IVES 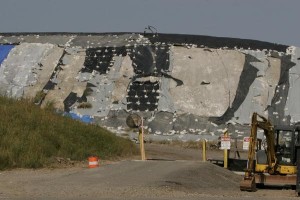 The Crow Lane Landfill in Newburyport has long been the source of environmental and public safety concerns since the process of closing and capping the landfill began nearly fourteen years ago. Closure remains unfinished to date. In that time, abutters of the landfill have been subjected to ongoing hydrogen sulfide emissions, which have contributed to a variety of nuisances, sleep disruption and diminished quality of life.

The complete capping and closure of the Crow Lane Landfill is a critical public safety project in Newburyport. In 2010, the Department of Environmental Protection seized control of the funding assurance mechanism (FAM) from the landfill owner. As of 2013, the FAM had been depleted from $3,000,000 to under $90,000 due to continued maintenance and repair expenses. The FAM was meant to be used for maintaining and monitoring the landfill into the long-term future. This funding tool is now ineffective, the landfill owner-operator shirks compliance, and residents continue to be negatively impacted.

The Crow Lane landfill in Newburyport is in violation of state agency orders and court orders. Yet, the owner is still able to pursue new business ventures in other parts of the state despite the fact that these violations continue to plague Newburyport residents. Over the course of this process, residents have contacted me with a number of concerns, particularly related to continued hydrogen sulfide emissions from the landfill. The landfill needs to be capped completely and thoroughly in order to ensure the well-being of the abutters and area residents.

In response to this problem remaining unresolved, and to hold the owner accountable, I have filed a bill makes an owner or an operator of a landfill eligible for any state permits, licenses or approvals only when they have complied with state law. I look forward to the opportunity of providing testimony before the legislative committee tasked with evaluating this bill in order to address Newburyport’s landfill problem and to also prevent this from happening to another municipality in the Commonwealth. It is critical to not only close the Crow Lane landfill, but to also hold landfill owners/operators financially responsible for related negative impacts that disregard the public interest.