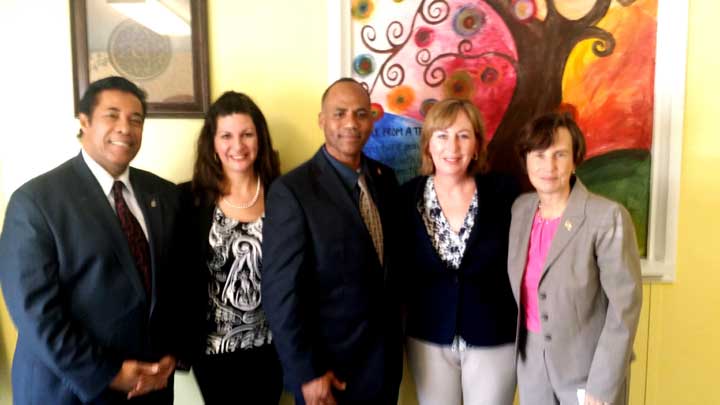 In tight quarters, Carina Pappalardo, Chief Executive Officer, discussed the agency’s partnership with the Coalition for Homeless Individuals. The homeless make up a third of the state’s homeless population in Massachusetts.  A population that is on the rise due to stagnated state funding.

Specifically, Daybreak Shelter desperately needs additional funds to support substance abuse and mental health treatment. Clearly, the shelter itself is in need of an overhaul.

The city and state should be stepping up and helping to find adequate space for Daybreak Shelter, yet to date, Pappalardo says that she had not seen a state official at the shelter in years.

She told The Valley Patriot that she hopes the Democratic state legislators work with her now to help fund the services desperately needed for the poor and the homeless. So far, officials have only agreed to have “meetings”.

Not one official from the City of Lawrence attended the event.

Andy McMahon, Program Director, said that the funding provided by the state are inadequate as Daybreak goes “well beyond what the program is funded for.” 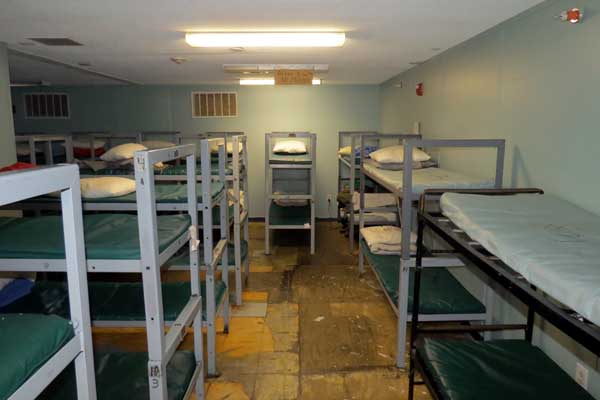 In four modular trailers, bolted together, Daybreak Shelter’s capacity serves 50 homeless individuals – 35 male beds and 15 female beds. Daybreak is one of the last remaining “wet” shelters in Massachusetts affording the opportunity to be sheltered to anyone who might otherwise be forced to sleep outside. This lessens the risks individuals face as well as a variety of problems the city as well as surrounding communities would face.

Carina Pappalardo says Daybreak seeks to assist in breaking the cycle of homelessness many face.

“Homelessness is not only a problem in Lawrence. Daybreak Shelter welcomes guests from Andover, North Andover, Haverhill, Methuen and other cities/towns in Massachusetts. Daybreak provides a vital service throughout the Merrimack Valley area and far beyond. Any interruption or reduction in service would be immediately felt by the most vulnerable population in the valley. A dedicated relocation effort, into a facility worthy of the mission, plus additional substance abuse and mental  health services, would highly benefit everyone, not just the people of Lawrence.” 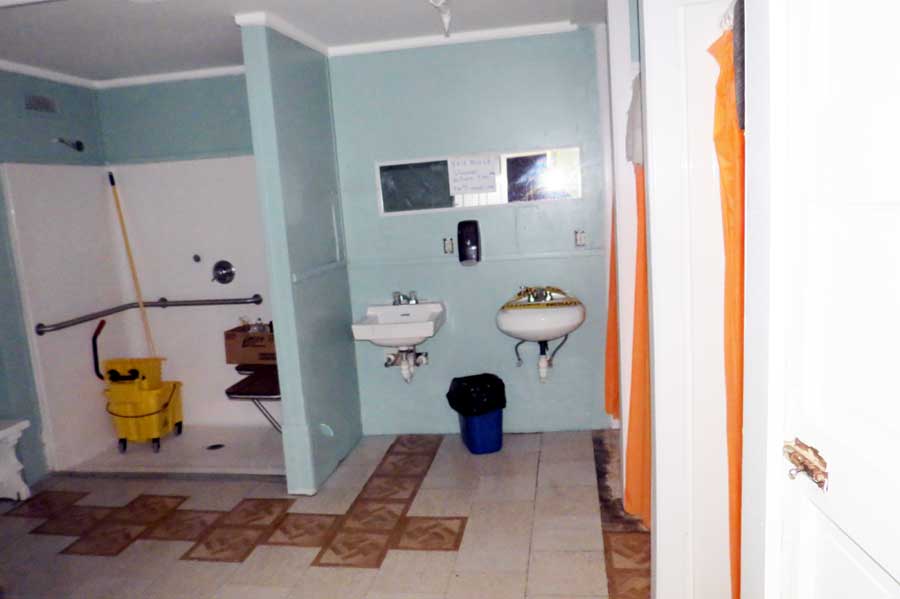 Also participating in the discussion were Tara, Maureen, Jocelyn, Gary and Carlos who spoke about why the shelter is important, how the shelter makes a difference and the life changes Daybreak has made for them.

Attendees were given the opportunity to speak with staff, guests and tour the facility.

THE COALITION FOR HOMELESS INDIVIDUALS

This would increase the minimum bed rate from $25 to $30, while giving a much-needed increase to organizations that provide support services to return people to self-sufficiency.

If you are interested in donating make checks payable to The Psychological Center, 11 Union Street, Lawrence, MA 01840. All donations are tax deductible.